The school which is funded by Germans through the Green Helmet Foundation- a charity organization- teaches construction and electrical training, especially how to produce renewable energy like solar.

“Practical approach to education is very relevant to our development process…there is a need to replicate what is being done in this centre to other districts in the country,” the President advised.

He said that the project would boost cooperation between Rwandans and Germans, pointing out that the latter have a global reputation in practical education.

“Germans are better placed to guide us through this approach and you have to make good use of this facility to acquire skills that will enable us supply adequately to the demanding labour market,” the President told residents who had turned up in their thousands for the event.

He noted the poor curriculum to which Rwandans had been subjected for many years that led to insufficient supply of skilled labour.

“We are committed to reversing this through the policies we have introduced. We have to do away with theoretical knowledge but rather knowledge backed with practice,” said Kagame.

According to Théoneste Mutsindashyaka, the State Minister for Primary and Secondary Education, one of such policies is the Technical Vocation Education Training (TEVET) policy.

Currently the school has an intake of 24 students but more are expected once more facilities to accommodate them are put in place.

“The reason the number may sound less is because we want a limited number of students who can be constantly be with teachers,” said Dr. Rupert Neudeck, Chairman of the Green Helmet Foundation.

The highest number of students they want to enroll at any given time once all infrastructures are in place is 150.

Commenting on the solar energy production, President Kagame said that this is an opportunity because it will reduce energy cost “and having sufficient energy will inevitably lead to the country’s development.”

Neudeck stressed that the German government did not play any role in the financing of the school whose construction has so far cost Euro 0.6m (approx. Frw 480 million).

He said that the school will be run by German teachers for five years after which it will be handed over to the district authorities.

“Our aim is to have students from this school serve as examples to their communities after their graduation, likes the person after which it was named-Nelson Mandela,” Neudeck said in Kinyarwanda.

A renowned charity mobiliser in Germany, Neudeck acknowledged that the Europeans did not come to the rescue of Rwandans at their plight of the 1994 Genocide.

“Allow me on behalf of the Europeans to seek forgiveness from Rwandans for having abandoned them during the Genocide,” he begged.

The construction of the school that is equipped with state-of-the-art facilities was completed last month. 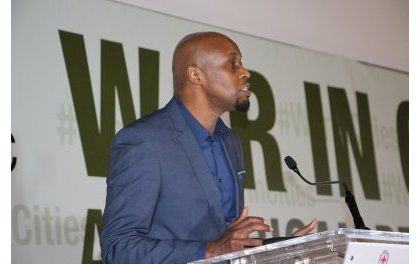 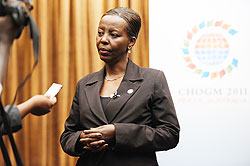