KIGALI – President Paul Kagame has called on legal professionals to undertake the “urgent task” of strengthening the region’s economic legal infrastructure, saying that this will promote greater trade and investment in the East African Community (EAC).

The President made the remarks yesterday while opening the 14th annual conference and general meeting of the East African Law Society (EALS) in Kigali.

Addressing hundreds of regional lawyers, Kagame said that for the region to compete favorably with the rest of the world, it will require a shared vision that provides the community with a competitive advantage in attracting sophisticated business partners, investment and a much larger volume of trade.

“As we all know, the main role of an economic infrastructure is to enforce, among other things, property rights, contracts and competition,” Kagame said.

“We also know that more laws don’t necessarily mean greater justice.  In fact the effectiveness of the system is determined by the capacity and skills of key institutions such as courts, enforcement agencies and regulatory authorities to apply laws appropriately,” the President added.

He told the audience that quality of legal professionals is required, as well as their continuous improvement of ethical conduct and persistent capacity enhancement of bar associations that regulate standards of their members.

The main objective of the two-day conference is to discuss how the status of East Africa can be advanced through business, integration and international justice.

President Kagame called for the restoration of integrity to East Africa’s economic legal infrastructure, citing shortage of qualified legal practitioners and ethical and integrity issues as some of the challenges to creating a world class legal system.

On public service, Kagame said that the prevailing state of the broader civilc service is the region’s most challenging task in advancing its social economic status.

“All partner states are reforming the public services, but we must acknowledge that we have a long way to go in elevating and benchmarking them against the best practices internationally,” he added.

The Minister of East African Community affairs, Monique Mukaruliza, said that the conference is in line with the commitment made by EAC partner states to promote an enabling environment for participation of the civil society in the community’ s development activities.

On his part, Dr Alan Shonubi, the EALS President commended the Gacaca judicial system, which he said is an effective home-grown system that can supplement the civil and common law systems.

He highlighted that Rwanda was the first country in the region to open cross-border practices and added that the country also offers great lessons for other partner states to emulate. 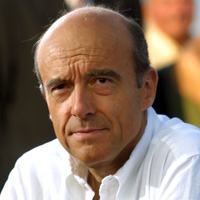