KIGALI – Luis Duenas Herrera, a Spanish citizen convicted for tax evasion had the best Christmas gift when he walked out of the prison gates a free man yesterday.

President Paul Kagame granted a presidential clemency to Luis Duenas Herrera who had spent nine months of his one year prison sentence.

“The President based on his prerogative of mercy powers and on the compassionate plea he received from Mr. Luis Duenas Herrera and his close family members has today exercised presidential clemency and pardoned him,”Tharcise Karugarama Justice Minister told The New Times.

Herrera was the head of Espina Obras Hidraulicas, a Spanish company and was sentenced to two years in jail alongside former Minister and lawmaker Munyanganizi Bikoro and Jean Bosco Bavakure for evading taxes.

Espina Obras Hidraulicas is a water purifying company that had been contracted by the government. During execution of the contract the firm smuggled in tiles for the Minister under whose supervision they worked.

Clad in a pair of blue jeans and a checkered shirt, Herrera, shared pleasantries with the Spanish Consular Betty Mutesi and a friend as he talked of his surprise at the news of his release.

“I was surprised. I could not believe it. I feel very good. This is the best Christmas gift and it’s the best day in my life. My thanks go to the President, the Minister for Justice and the people of Rwanda” he told The New Times.
Asked if the sentence has changed his attitude about

Rwanda, Herrera said that his opinion about Rwanda remained positive.

“I have no bad feelings. I have respect for the justice system of this country. I was tried, sentenced and have subsequently been pardoned. That’s justice. I will definitely come back to Rwanda as long as I get another contract,” Herrera said

Karugarama said Herrera had written to the President requesting for clemency citing complicated illness and being “very repentant” of the crimes he committed.

His close family members also wrote to the President. 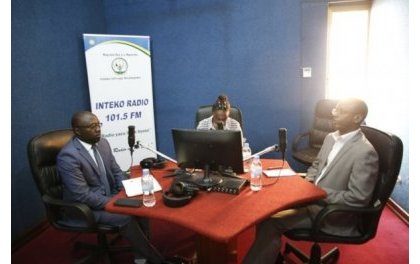