PARLIAMENT  – Members of the Lower Chamber of Parliament yesterday agreed to observe at least ‘decent levels’ of dressing but could not settle for a standard dress code that would define what the MPs should wear or not.

The legislators meeting in an extra-ordinary session unanimously endorsed a report presented by the Committee in charge of conduct of Deputies and assessment of the Chamber’s activities, with most of the MP’s agreeing on an appropriate dress code in line with their status.

The report presented a fortnight ago by the Chairperson of the Committee, Aimable Nibishaka, highlighted flaws and inappropriate dressing by the members during sessions, hence calling for a need to establish a standard dress code like it is done in most parliaments.

The report, without mentioning names, indicated that some MP’s do not dress to the standards of their status which depicts a bad image.

The MPs agreed to adopt a modest code, smart enough to reflect their position in society.

They also agreed on standard measures of attendance after the report revealed alarming levels of absenteeism and late-coming to parliamentary sessions and committee meetings.

They agreed on setting up strict rules and regulations for attaining the quorum in the House.

A report indicating the number of times each MP missed parliamentary sessions caused an uproar with some lawmakers arguing that it indicated absenteeism even in situations where MPs were on official duty with the knowledge of the Speaker.

The Speaker of the Lower Chamber, Rose Mukatanbana, urged the riled MPs to calm down, defending the report that the committee followed the official procedures of counting the number of attendance forms signed by the MPs.

One of the new rules says that an MP who misses five sessions should be suspended from the house.

“It is important that we take these issues of attendance and smartness very seriously.

You and I know that dressing appropriately is important. No one has to tell you how to dress,” Deputy Speake,r Dr. Jean Damascene Ntawukuriryayo, told The New Times after the session. 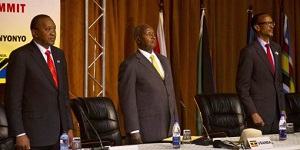