KIGALI – Rwandans across the country will today witness the beginning of the longest anniversary celebrations as the Rwanda National Police (RNP) marks its 10th anniversary.

The organizers have promised two months of festivities that are poised to be more grandeur than any event the force has ever held.

Among the major activities is that Road safety week, due to kick off today and will run up to April 26. Traffic Policemen will be stations at various locations around the country, issuing car stickers with special traffic awareness messages.

The traffic police department also expects to have over 96, 000 people sitting for provisional driving license exams during this period.  “Other major activities include community policing week (April 27 – May 03) which will mainly be marked by display of posters and banners, sensitization seminars, talk shows and crime prevention discussions on combating drug abuse, trafficking, and corruption,” Eric Kayiranga, the Police spokesman said.

He added that there will also be an environmental protection week (May 04-10) to be marked bytree planting, terracing and other activities on environment protection in all Districts across the country.

The Police Medical Services will conduct outreach programs on HIV/AIDS and Malaria prevention, and maternal and family health.

Speaking yesterday at the live televised town hall meeting, Assistant Commissioner of Police Dr Wilson Rubanzana, who is the Director of Medical Services in the National Police said that they were expecting to conduct voluntary HIV tests to over 30,000 people during the set period.

He added that they were also going to encourage people to donate blood with the aim of fighting shortage of blood reserves in the country.

Child, Domestic and Gender based Violence will also feature prominently, with a week dedicated to related special events including essay writing competitions in schools.
A National two day Conference on policing a post-genocide society has been scheduled for June 14.

The National Police was created by fusing three forces: former Gendarmerie Nationale, Police Communale and Police Judiciaire. Within 10 years, the police force has grown from 3492 officers to 10.000.

The final activities of the celebrations will take place at Remera Amahoro Stadium on June 16. 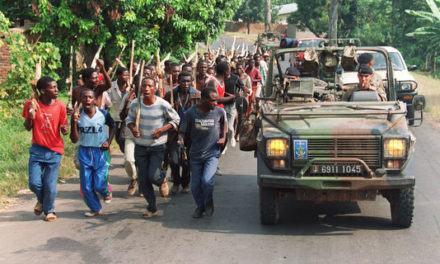