KIGALI – The Government of Rwanda has commended the French police for arresting top Genocide fugitive, Eugene Rwamucyo, a few days after the Rwandan doctor participated in a conference Genocide deniers’ in Brussels, Belgium.

Reports from France indicate that Rwamucyo, who last month was dismissed from his hospital post in northern France, was arrested by the French Metropolitan Police over accusations that he planned and carried out Genocide against the Tutsi in Butare, Southern Province in 1994.

According to sources, Rwamucyo was detained in Sannois, north of Paris, after attending the funeral of Jean Bosco Barayagwiza, who was convicted for war crimes by the Arusha-based International Criminal Tribunal of Rwanda (ICTR) and died in jail.

Reacting to the arrest, the Prosecutor General, Martin Ngoga, noted that the arrest was timely as it occurred a few days after Rwamucyo participated in the conference organised by some defence lawyers at the International Criminal Tribunal for Rwanda (ICTR) and the several jurists mainly based in Europe.

“Apart from this arrest of a fugitive we have indicted for Genocide, this is further evidence of how the self styled International Criminal Defence Lawyers, under the leadership of Peter Erlinder ,who have drifted from ethics of the profession, to being universal defenders of the ideology of Genocide under various guises, are being more exposed and put to shame,”

“You may recall that their association recently invited Rwamucyo to participate in their conference. Other than his being indicted, I know no any other credential he has on the basis of which they could invite him,” Ngoga said.

Several Genocide fugitives, as well as self- styled ‘hero’ of the Hotel Rwanda fame, Paul Rusesabagina, were also key speakers at the conference.

Immediately after the conference, Peter Erlinder, arrived in Kigali to join the defence team of Victoire Ingabire, the head of the yet-to-be-registered political party, FDU-Inkingi, who has been charged with terrorism and propagating the Genocide ideology.
Ingabire is out on bail.

Prof Erlinder has been very active in the Genocide deniers’ circle ever since he became lead defence lawyer for Maj. Aloys Ntabakuze, former commanding officer of the Para-Commando Battalion based in Kanombe in the Genocide.
Ntabakuze was in December 2008 found guilty of Genocide by the ICTR and sentenced to life in prison.

Rwamucyo lived in Belgium with his family but worked as a doctor in a city hospital in Maubeuge, northern France, near the Belgian border until last month. His wife, Mamerique Mukabanana, was a journalist with state radio until 1994.

During his visit to Rwanda earlier this year, President Nicolas Sarkozy said France would do everything possible to ensure that all those responsible for the Genocide are found and are punished. 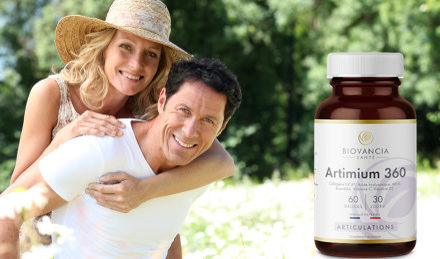