Kigali: Internet surfers in Rwanda enjoy speeds that are not seen anywhere in this region – rivaling countries such as Finland and China, according to a new global study.

The study done on 180 countries by Ookla – a global leader in measuring broadband connection speed and web-based network diagnostic applications, shows that surfers on the territory of Rwanda have very high download and upload speeds.

The Seattle-based firm did the study using its Speedtest application. The statistics are collated from more than 1.6 billion crowdsourced – that is, done by individual internet users – speedtests done at the website Speedtest.net and through its iPhone and Android applications.

For downloading speeds, Rwanda ranks third with 2.53MB/second (Rank 88 globally) on the African continent – next only to Ghana and Uganda. South Africa, which is by far the most developed country on the continent, has internet speeds that keep its people waiting longer to download anything.

Regional neighbours Kenya and Tanzania are way behind. The bad news is with Burundi and DR Congo – which are not even classified among the 180 countries assessed. South Korea has the fastest broadband download speeds at 32.15MB/second.

The good news is that Rwanda – with its speed, is faster than the average African download speed of 1.6 Mbps. The slowest speeds in the world are found in Zambia, at an average 0.26 Mbps.

Downloading refers to opening webpages and documents. The higher the connection speed, the faster anybody surfing is able to access what they are looking for online.

As for upload speeds – referring to how long it takes to post something online in Rwanda (2.03MB/second), the speeds here are again more powerful – ranking Rwanda at 36, next to Finland, China and France.

Regionally, Uganda, Tanzania and Kenya are lagging way behind – with users there having to spend more time trying to post content online. South Africans are worse.

Again, Burundi and DR Congo are not among the 180 countries covered in the study – suggesting probably that Congolese are living out of the net.

RNA published a special report recent (Titled: “With WiBro, Online like in the United States (Special Report)”) in which we revealed a new network being installed to cover the whole of Kigali with a wireless network.

Users on the Wibro network – which is soon to be accessible to the general public, say they have speeds which are 500 times more than the connection that has existed.

“It’s like I’m in the United States,” said Byabagambi Arthur from RDB, grinning and pointing at the WiBro-connected computer. The computer on RwandaTel, meanwhile, had only loaded
Envoyé depu 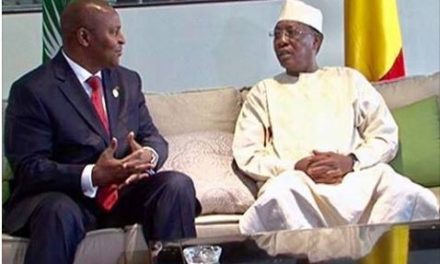