KIGALI – IN one of the largest rallies in the history of Rwanda, tens of thousands of thrilled supporters of the Rwanda Patriotic Front (RPF), gathered at Amahoro National Stadium to mark the beginning of the party’s campaign for the August 9, Presidential elections.

Stirred up by RPF flag bearer, Paul Kagame, the energized party supporters, clad in RPF branded T-shirts and caps, sang and danced as they carried banners and placards with “Tora Kagame!” (vote for Kagame).

Upon arrival, Kagame walked around the stadium, greeting his excited supporters and later joining in the dance and celebrations that lasted about two hours.

By 8:00 a.m., RPF supporters had started pouring into the stadium, and by 12 p.m., hours before the rally was to begin, the stadium was filled to capacity and thousands more camped outside the stadium, where giant screens had been mounted.

In his speech, the RPF candidate, who is also the party chairman, unveiled his manifesto which mostly focused on consolidating the achievements recorded by the government under his leadership. Kagame said that his party will not disappoint Rwandans and asked them not to change the winning team.

Kagame thanked the party members for the great achievements realized so far, saying that their efforts have led to the remarkable development of Rwanda.

He added that dignity for Rwandans is based on good governance, democracy and that the Rwandan people have to make their choices as to how they want live.

Kagame pointed out that development rooted on women empowerment is a key element for the growth of the nation but hastened to add that the role of a man is equally critical.

If re-elected, Kagame said, his key priorities would include, creating opportunities for all, health care for every Rwandan, advanced farming, technology and infrastructural development, fighting corruption, job creation and the development of the skills of the Rwandan people.

He said that Rwanda and RPF have come a long way and still have a long journey a head and that before choosing the person to lead the country in the right direction, one needs to have confidence in the director.  He assured Rwandans that he knows the right direction they want to go.

He said that, voting an RPF candidate is voting RPF and it is a way of giving hope to the nation. RPF, he said, can face the challenges of development, social welfare and peace for the good of the nation.

Kagame urged the Party Members to be proud of being Rwandans and to focus on hard work for the development of their country. 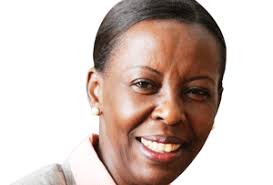 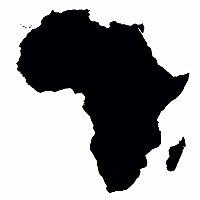