The forum which was officially opened yesterday by the Australian Prime Minister, Julia Gillard, will be attended by 15 other Heads of Government and a large number of business leaders from developed and developing nations.

In her keynote address, Gillard welcomed the participants to the forum which she said was taking place at a time when the world was facing mammoth challenges. She, however ,pointed out that the Commonwealth was enthusiastically looking at opportunities in Africa and Asia as growing markets and noted that global growth and development can only be realised if there is significant emphasis on trade and investment.

“Other parts of the world are growing significantly too, Africa is home to one billion and already has an extraordinary story to tell, one day, perhaps we will talk of the African century too…Sub-Saharan Africa as a whole is expected to grow by 5.3 percent, this year, and 5.8 percent next year. This is well over twice the pace of the developed world.”

The Commonwealth Business Council has said that Commonwealth investment flows are expected to reach 220 billion dollars in 2015, more than double what was achieved in 1997, and that trade would triple in value over the same timeframe.

In his remarks to the forum, the Director of the Commonwealth Business forum, Dr. Mohan Kaul said that the Commonwealth can be a practical tool for members in building partnerships to address the challenges in the organization: “The relevance of the model Commonwealth lies in its potential to leverage economic opportunities and to generate jobs, income and sustainable growth, we need to shift the balance of effort and the branding of the association to achieve this.”

The Rwanda Development Board (RDB) CEO, John Gara, and Faustin Mbundu, the Chairman of the Rwanda Private Sector Federation led the Rwandan delegation that attended the Commonwealth Business Forum.

Today, RDB, which has an exhibition stand at the Forum, will host the “Rwanda Breakfast” during which the country’s investment opportunities will be showcased. 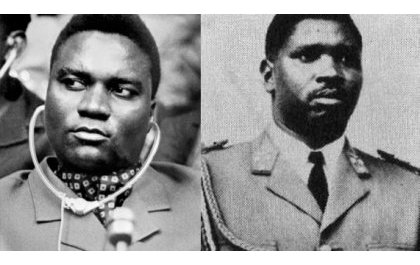