Paul Rusesabagina has received the Lantos Human Rights prize, but his role as hero of the genocide should be examined

If true, the story of Paul Rusesabagina, as told in the 2004 film

title= »YouTube: Hotel Rwanda trailer »>Hotel Rwanda, would be truly inspirational. Here is a Rwandan who faced down the militia to protect the terrorised families who had sought shelter at the five-star Hotel des Mille Collines in Kigali. He alone had heroically saved hundreds of people.

At that time the hotel was owned by the Belgian company Sabena, and it had the benefit of an outside telephone line. The film is based on events that purportedly took place at the hotel during the genocide of the Tutsi in 1994.

Rusesabagina was awarded the Lantos Human Rights prize in Washington on Wednesday, but it has sparked controversy in Rwanda, because the real story of why the people who took refuge at the hotel were spared could be somewhat different to the Hollywood version.

In the second week of April 1994, as genocide was underway, the Hotel des Mille Collines had become a bit of a problem for Rwanda’s interim government, a « Hutu power » government hastily sworn into office after the targeted elimination of its political opponents. The hotel, a favourite with ex-patriots, had become a focus of western international press attention. There were several high-profile people sheltering in the crowded rooms, including prominent opposition politicians, both Hutu and Tutsi. There were doctors, lawyers and a senator.

The prime minister in the interim government, Jean Kambanda, had described to his cabinet how unfortunate that the hotel was « in full view ». He had even received a telegram from the US government asking for protection for the people sheltering there. And so, in order not to attract unwelcome international attention, those in the hotel were spared. There were too many prying western eyes in Kigali: there were UN peacekeepers and medical teams from Médecins Sans Frontières, and the International Committee of the Red Cross. At the end of April an agreement was reached between the interim government and the mayor of Kigali, Colonel Tharcisse Renzaho, to avoid, for the time being, any more large-scale massacres in or near the capital.

There is an inherent danger in repackaging recent history for Hollywood because distortion can creep into the accepted version of events, and fiction readily becomes established fact.

It is not only survivor testimony that could call Rusesabagina’s version of events into question – although this may be damning enough, for he is accused of extorting money from hotel guests for rooms and for food. The cheques he accepted for rent were cashed in Gitarama, where the interim government had established its premises.

And days before the genocide started, Rusesabagina had been working elsewhere in Kigali, at the Hotel des Diplomates – close to the army barracks, this had become the favourite haunt of the military and Hutu leaders. Rusesabagina had helped to prepare the food and wine for the reception after the swearing-in ceremony of the interim government on 8 April.

His supporters claim many of these allegations are part of a dirty tricks campaign by President Kagame’s regime in Rwanda, which he has accused of human rights abuses. However, information about Rusesabagina’s role also comes from UN military observers who were detailed by Lieutenant General Roméo Dallaire, the Canadian commander of the UN mission for Rwanda, to maintain a presencehttp://www.guardian.co.uk/commentisfree/2011/nov/17/hotel-rwanda-hollywood-ending at the entrance to the hotel. They were to report immediately any attempts by the militia or troops to enter. They suggest that Rusesabagina had done everything in his power to have these UN peacekeepers removed. The UN headquarters in Kigali later received reports that Rusesabagina had provided a Rwandan army commander with a list of hotel guests and their room numbers. The UN observers managed to change the room numbers of those most threatened. A Rwandan army communications post was operational on the top floor of the hotel until Kigali fell on 4 July.

The story of the Hotel des Mille Collines – and how it was used as a propaganda tool to deny the genocide – has yet to be fully realised. In these circumstances, the prize awarded to Rusesabagina hardly helps this endeavour. Meanwhile, it seems, the righteous stand and heroism of those who did save lives in Rwanda is simply ignored. 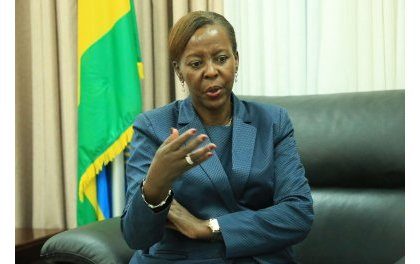