10 Key factual elements that are disproven

1. Claims of training at Kanombe absurd

In paragraph 31(a) of the addendum, the GoE cites allegations of a two-week training provided to a RDF unit in Kanombe barracks located near Kigali International Airport, before deploying it to Runyoni as Gen. Ntaganda’s advance party. Regardless of the irrational suggestion that General Ntaganda, one of the most senior FARDC Commander in the region, would require RDF support in order to establish his advance party to Runyoni, it is common (and verifiable) knowledge that Kanombe is a garrison-type barracks that comprises living quarters; a referral military hospital also open to civilian patients; a cemetery; and five service support units’ headquarters and related facilities. It wouldn’t require any form of expertise to find out that this barracks cannot host the training of recruits or any other force preparation activity. A simple tour of Kanombe barracks would have led the GoE to easily discard this allegation wherever they got it from.

In paragraph 119 of the interim report, the GoE had expressed their intent to further investigate and“…determine which weapon and ammunition Gen. Ntaganda and Col. Makenga would have been able to obtain through diversion from FARDC stockpiles and which weapons must have resulted from deals with arms trafficking networks”. The GoE seriously suggests that it was able to establish, in about a week’s time, that Col. Makenga’s could not obtain 75mm canons and their ammunition from FARDC and concludes that these were instead provided by RDF.

b. As a matter of fact, RDF does not hold 75mm canons in ordinance stores and has never purchased such canons or their ammunition. Remnants of these weapons and ammunition from the 1990 – 94 war of liberation were disposed of in 2008, which is well documented by the RDF ordinance regiment. Relevant documented evidence can be availed for in-situ review. Moreover, through RDF participation in several joint-operations with FARDC including the recent operations codenamed AMANI-LEO and UMOJA-WETU, the GoR has credible information that FARDC, unlike RDF, maintains 75 mm canons and anti-tank rifle grenades on their arms/ammunition inventory. It is irresponsible to make serious allegations against a UN member state on the basis of such flimsy associations.

3. Key so-called facilitator of M23 movements was not in Gisenyi — there is proof he was on leave during the time named by the GoE!

In his summary of statement at Annex B to this submission, Brig Gen. Ruvusha denies all allegations. He states that he was on leave and out of Gisenyi from 3 – 14 May 12 and provides an incontrovertible evidence of his whereabouts during the period.

The alleged facilitation of M23 troops and equipment from Bukavu to Gisenyi is not only untrue but technically impossible (i) use RDF motorised zodiac boats to carry 60 personnel and tones of equipment back and forth at night without detection by FARDC border patrols; (ii) it is equally impossible to drive RDF 15 tonner trucks along the route reported by the Goes. The alleged route is under major construction and there is no way it could support night movement involving heavy trucks. Moreover, it is inconceivable how offloading of troops in RDF uniforms on RDF trucks on the Rwandan side of the border with DRC at a time of tension is out of order, extra-ordinary and linked to Col. Makenga. Detailed specifications and technical data regarding all types of boats held by Rwanda Marines is at Annex C to this submission.

5. Congolese businessmen alleged to have visited Rwanda to discuss M23 financing were not in Rwanda during the dates claimed:

Regarding allegations of mobilization meetings with Congolese businessmen, further verification with the Rwanda migration department indicates that the two businessmen mentioned in the addendum did not travel to Rwanda during the period mentioned in the addendum. Only Mr. Dieudonne Komayombi travelled through Rwanda to Nairobi between 24 and 28 of June 2012. For a detailed account of the nature and purpose of these calls and meetings, see Annex D to this submission.

General Jacques Nziza, the Permanent Secretary of the Ministry of Defence is alleged to be supervising all military, financial and logistic support as well as mobilization activities related to M23. It is stated that he has recently been deployed to Ruhengeri and Gisenyi to coordinate assistance and recruitment. Gen. Nziza dismisses these allegations as demonstrably false and nonsensical. As the Permanent Secretary of Ministry of Defence, he is in charge of daily accounting. Deploying him away from his office to support M23 would amount to grounding most of the Ministry’s core activities. General Nziza provides incontrovertible evidence that he has not been in Ruhengeri or Gisenyi of recent. As part of his statement, Gen. Nziza provides detailed documentary evidence covering his daily activities. The General has provided copies of his daily meetings including detailed logs of 114 people that he met at the Ministry of Defence during the same period of the alleged deployment to Gisenyi at Annex F to this submission. The GoE is invited to review the annex and hopefully realise how important it would have been to carry out their own verifications rather than rely on undependable sources.

7. The response contains detailed information to rebut claims about the role of James Kabarebe and Charles Kayonga.

Gens. James Kabarebe and Charles Kayonga. As mentioned in the summary of his statement, General Kararebe and General Charles Kayonga have played an active role in promoting peace in the region. That either individual was in contact with senior officials of the FARDC and or M23 will come as no surprise to anyone familiar with the dynamics at play in the eastern DRC. The distortions raised in paragraph 33 of the addendum presented as evidence about their involvement in coordinating or overseeing Col. Makenga’s operations is misleading and cynical. A detailed account of their involvement in repeated attempts to avert the crisis is provided at Annex D and E respectively.

8. Jomba Gakumba was not redeployed to Ruhengeri as claimed

Lt. Col. Jomba Gakumba. According to the GoE, Lt Col Jomba was recently deployed from Gako Military Academy where he has been an Instructor, to Ruhengeri since the creation of M23. He was allegedly put in charge of commanding locally military operations in support of M23. Lt Col Gakumba states that he was never deployed to Ruhengeri and remains an instructor at Gako Military in Bugesera. He provides incontrovertible evidence to support his statement, these include daily and weekly training activities in which Lt. Col. Gakumba was involved, as well as details of all visits by foreign delegations handled by the officer while at Gako (the relevant statement and supporting documents are available at Annex H.

9. Claims of radio intercepts « most unsophisticated pieces of fabrication in the entire report » — technically impossible claims

In its paragraph 31 (i) of the addendum, the GoE refers to the signal interception by FARDC of radio communications between RDF and M23. The so-called signal interception a FARDC indicated the reception of RDF troop reinforcements by M23, and request for additional reinforcements. The evidence provided is one of the most unsophisticated pieces of fabrication in the entire report. On the basis of “image 10” on p.16 of the addendum (i) the mode of communication indicated is a single frequency per channel also referred to as a ‘direct mode operation’; (ii) encryption seems to be based on a manual cipher system also known as SLIDEX; (iii) the frequency is VHF (high) and the frequency range (159,500.00 KHz – 160,900.00 KHz – 161,000.00 KHz) indicates some equipment of commercial standard. Hence, it is technically incompatible with the RDF VHF communication system which uses PRC family military standard with low VHF rage operating from 30 – 80/108 MHz which means that a two-way communication would be impossible; (iv) Furthermore, RDF uses digital encryption imbedded in its communication assets which confirms that a two way communication is not possible in this case. Additional details confirming that the intercepted radio communication can not refer to a communication between an RDF communicator and that of M23 is available at Annex I to this submission. 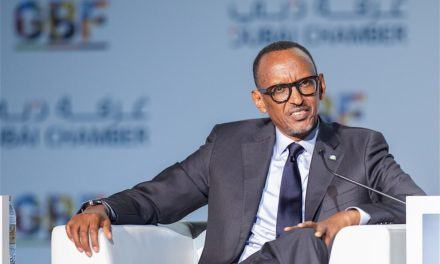