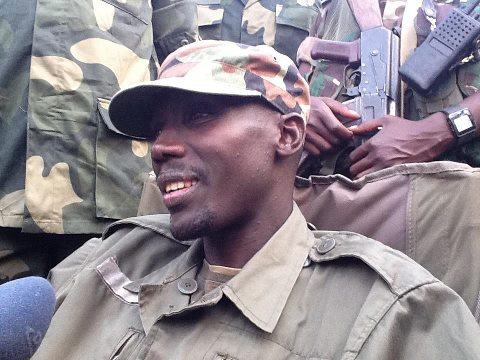 Col Sultan Makeng
The M23 rebel group has Monday warned DRC President Joseph Kabila of « grave consequences » which include a possible « military action that could lead to his overthrow » if he does not immediately initiate « direct talks » with them as agreed before they pulled out of Goma last week.
Before pulling out of the strategic and mineral-rich Capital of North Kivu, Kabila told journalists in Kampala that he was ready for « frank, open and direct » talks with the M23 to address what regional leaders described as « legitimate grievances. »
At a press conference in Kampala, Kabila, who was flanked by President Yoweri Museveni and Rwanda’s Paul Kagame, told local and international media that his government would swiftly look into the 2009 agreements signed with CNDP (now M23) with the view to find a long lasting solution to the crisis that had left hundreds dead and thousands in neighbouring countries as refugees.
The rebels had made up their mind not to pull out of Goma and even threatened to launch assaults on Kinshasha.
But during a meeting between M23 military leader Col Sultan Makenga and Uganda’s Chief of Defence Forces, Gen Aronda Nyakairima, in Kampala, it was agreed that the rebels vacate Goma to « give truce a chance. »
A few days after the meeting, rebels quit Goma and other towns such as sake which they had captured after gun battles with DRC forces.
However, it appears DRC is yet to contact them for talks.
The rebels on Monday issued a statement, giving Kabila an ultimatum of only 48 hours to hold talks with their representatives of face their wrath.
« It will be a very big mistake on the part of Kabila if he refuses to organise for talks in 48 hours. He has instead threatened to dismantle M23 in 48 hours. We are ready to overthrow him, » a statement read in part.
Interestingly, DRC spokesman Lambert Mende has been quoted by the media as saying his government would « not allow » the rebels to recapture Goma.
The rebels have in the past lived up to their threats by seizing towns to demonstrate their anger at Kinshasha for not honouring its promises.
In their statement, the rebels accuse Kabila of attempting to « fill Goma with FDLR and Mayi Mayi militia » in a bid to resist future M23 assaults.
« Kabila has been picking mercenaries from Tanzania and Zimbabwe to fight us. But our youth are more determined than ever before to show him that he wants a war yet he is powerless, » said the rebels.
« We are prepared to take out all his mercenaries in just two hours to reassert our authority in Goma before proceeding to Kinshasha. We are camping just a few kilometres from Goma and we are not about to retreat, » the statement added.
The rebels further said they do not want to hold talks « in secret » but « openly for everyone to see » and enable « all Congolese to know what is taking place. »
The international community accuses Rwanda of backing M23 rebels, a charge Kigali vehemently denies.
Rwanda says M23 obtain their weapons from DRC soldiers during gun battles, a statement the rebel group confirms.
While M23 enjoys wide popularity in Eastern Congo, western countries say rebel attacks have sparked a humanitarian crisis in the region.
President Museveni has been chairing meetings of regional leaders to find a local and home-grown long-lasting solution to the crisis.
The M23 accuse Kabila of reneging on his commitments in the 2009 agreements, low wages, discrimination and failing to investigate the massacre of 60 of their colleagues deployed outside Kivu Province. 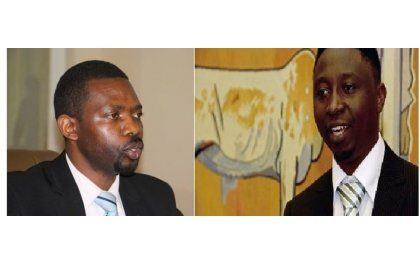