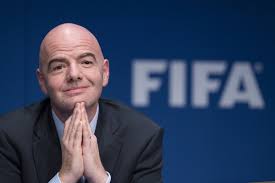 The FIFA President Gianni Infantino has called on the Rwanda soccer federation body (FERWAFA) to actively take part in the development of local football to be able to compete at the global level.
He made the remarks on Saturday while speaking shortly after arriving in the Rwandan capital Kigali for a two-day visit.
It is Infantino’s first visit to Africa since he was elected in February last year to replace Sepp Blatter.

Upon his arrival at Kigali International Airport, the FIFA boss went straight to Amahoro National Stadium where he watched the Azam Rwanda local Premier League football match between Police Fc and Rayon Sports.
« Rwandans have got an amazing soccer talent, but there is a need to exploit this talent for bigger football competitions. Rwanda football association should not relent its effort in developing young people into international soccer stars, » he said.
Later in the evening, Infantino laid a foundation stone for the construction of FERWAFA hotel. The hotel, whose construction works is expected to take 18 months, is estimated to cost about 4.4 million US dollars.

It is expected to reduce on the expenses that the Rwanda ministry of sports incurs on national teams during residential training or accommodation for visiting national teams.
The facility is part of the FIFA development program aimed at helping developing countries to establish infrastructure and facilities to boost the growth of the game as well as creating lasting and sustainable income-generating activities.
FIFA will finance 65 percent of the total cost while an additional financial support will be raised from other local banking partners. 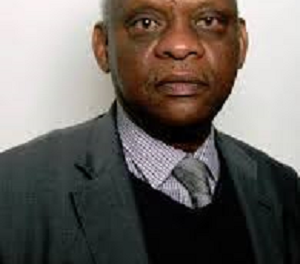