The anti corruption battle is only intensifying and those who thought government could lose the momentum are in for a surprise, President Paul Kagame told reporters on Wednesday.

Speaking in a press briefing, Kagame said the leniency within anti graft laws was indirectly fuelling the vice as more people choose to embezzle state resources hoping to come out of detention and invest their catch.

He said because of the short prison sentences that do not exceed a year in most convictions, some officials had turned embezzlement into a “profession” choosing to “sacrifice” today for a “luxurious” tomorrow.

“This is a battle we must fight,” a tough talking Kagame said. “People who embezzle public funds must pay back what they have eaten.”

Kagame went at length to drive his message home. He said; “take an example of someone who steals Rwf 300 million and buys houses or cars or banks it on his/her account. Once this person is apprehended and paraded in courts the conviction is always between 6 months to one year.”

“Now the new trend is that some choose to spend the 6 or 8 month in prison knowing well that once they come out, they will return to find the Rwf 300 million or Rwf 600 million intact.

Drawing prolonged laughter, Kagame said “some have made this a profession—–it has become an incentive to steal—hoping that they will sit in prison and come out later to enjoy it.”

As a deterrent measure, Kagame called for toughening of anti-corruption laws and also insisted on confiscating assets owned by culprits convicted for dipping their fingers in public coffers.

Emphasising that the battle against graft will reach all levels of his administration, Kagame scoffed at what he described as “cheap talk” within different circles of dire consequences that could emanate from detaining more people, some probably powerful in government, for corruption.

“I have heard talk that some people are panicking about these characters—and you tell me these thieves can cause problems—-they are quite insignificant, their place is in prison and more who still have this habit will follow them,” Kagame said.

The President’s tough remarks come at the time a significant number of top government officials are in detention for embezzlement or gross mismanagement of state resources.

“Home grown solutions” In the press conference attended by a host of cabinet ministers, Kagame responded to questions on broad issues that included, the status of Paris-Kigali relations, functioning of the ICTR, his key achievements and challenges during 15 of liberations and the impact of current economic down turn on Rwandan economy.

He also responded to numerous questions focusing on different areas within the socio-economic sphere.

Kagame took time to elaborate his recent speech in Nairobi in which he described Rwanda’s political formula that rotates around three pillars of diversity, consensus building and power-sharing and how harnessing this strategy uplifted Rwanda from a political abyss.

Stressing that his intention was not to provide a political prescription for Kenya, Kagame said he was simply sharing Rwanda’s experience, and telling a story on how “home grown” solutions as opposed to “foreign prescriptions” were of essence in formulating Africa’s future outlook.

“What I did was to say, look, in our country, we had these problems–very complex and this is the way we approached finding a solution. Should this work for you, please try it but even if it doesn’t work for you, it stimulates you into thinking out other solutions that will work,” Kagame said.

“You don’t wait for other people to come and give you solutions, they can make a contribution, they can give you ideas, but it’s up to you to own up your problem and own your solutions,” Kagame’s remarks in Nairobi drew significant commentary from political pundits in the coastal nation.

France-Rwanda Responding to a question on when Paris and Kigali would resume diplomatic ties, Kagame said he hoped it would be “sooner than later”.

However, he said two issues remained an impediment; one being failure on part of France to acknowledge its historical mistakes and the other related to the prevailing French indictments on Rwandan officials.

Without mincing words, Kagame was categorical on the latter issue, insisting the cases cease before ties are resumed.

Alluding to never ending shuttle between Kigali and Paris by the Director of State Protocol, Rose Kabuye, he said “either the process is terminated by those who created it or I’ll personally have to terminate it,”

On the local scene, the President castigated contractors who flout normal building guidelines especially within Kigali City insisting that for standards to be reached, more of such buildings would be demolished.

Kagame also wondered why some primary school children still attended classes under trees and yet a lot of money has been pumped into this sector. He demanded for full accountability from the line ministry. 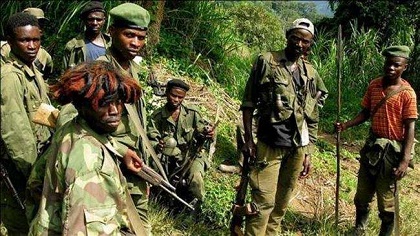 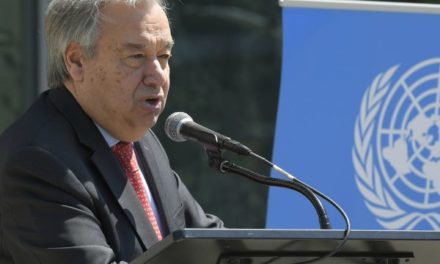