KIGALI – Rwanda and France have agreed to restore diplomatic relations three years after the two countries severed ties after an incident triggered by controversial indictments issued by a French Judge.

The President also had a telephone conversation with President Sarkozy in which both leaders discussed the process of normalizing relations between the two nations.

Minister of Information, Louise Mushikiwabo told reporters that the decision to restore ties has been a result of “a long process that started when President Sarkozy came to power – and not something that just came out of the blue.”

The sour relations between the two countries date far back to the time when the Rwandese Patriotic Front (RPF) took power in Kigali ousting an extremist regime propped up by Paris’ previous government.

A communiqué issued by government said that since cutting ties with France in November 2006, Presidents Kagame and Sarkozy have met twice, first during the EU/Africa Summit in Lisbon in December 2007 and during the UN General Assembly in New York in September 2008.

French Foreign Minister Bernard Kouchner has previously travelled to Kigali twice, and Rwandan and French officials have held several discussions in an effort to find common ground, according to the statement.

Earlier yesterday, Sarkozy’s chief of staff told reporters in Kigali, that since the election of President Sarkozy, his government has made efforts to turn the page and normalize relations with Rwanda.

He pointed out that the moment had come to work together with Rwanda on issues of common interest.

At the press briefing, both Ministers of Foreign Affairs and Information reiterated that the move to reinstate relations is consistent with Rwanda’s policy of maintaining good relations and cooperation with all bilateral and multilateral partners.

The statement underlined that France is committed to supporting peace initiatives in the Great Lakes region and in addition pledged to “contribute actively in reinforcing actions of the international community against people responsible for the Genocide in Rwanda and armed groups who are destabilizing eastern DRC.”

France is home to many suspected genocide perpetrators, some already indicted by both the Rwandan government and the ICTR, especially the likes of Agathe Kanziga Habyarimana, wife of former president Juvenal Habyarimana and a key member of “Akazu.”

Officials did not mention when embassies of the two countries would be re-opened in their respective capitals. 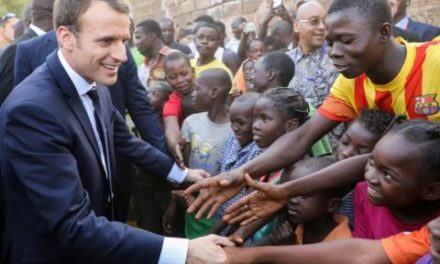