THE FUTURE: Some of the youth who took part in the just concluded Itorero. (Photo/ Urugwiro Village)
BY GASHEGU MURAMIRA

AMAHORO NATIONAL STADIUM – President Paul Kagame yesterday called on the youth and women to take an upper hand in championing development in the country.

Addressing thousands of members of Itorero ry’Igihugu, a Rwandan home-grown initiative, at the Amahoro National Stadium, the President said the overall objective of the initiative is to encourage Rwandans to join forces in achieving more development.

“Youth are the strength of the nation, the future of tomorrow’s Rwanda. Women, you are the pillars and the parents of these youth, and the men are equally the pillars of this country,” Kagame said amid thunderous applauses from audience.

President Kagame reiterated government’s commitment to strengthen the role of culture and use it in the socio-economic transformation of this country.

“We should all bring our strength together to build the country based on our culture and values,” the President said.

Itorero ry’Igihugu, was established in 2007 as a forum for discussing national development issues.

While referring to what contributed to the 1994 Genocide against the Tutsi, the President of Itorero ry’Igihugu, Boniface Rucagu, emphasized that women and the youth can either be used in destroying or constructing a country.

“The fact that they form the biggest part of the population, the youths are the ones who were used in the 1994 Genocide against the Tutsi. Some women also contributed ideas that ensured the execution of the Genocide,” he said.

The youth and the women in the initiative, Rucagu said, have tremendously contributed to the reduction of the Genocide ideology that used to be rampant in schools and vowed to totally uproot it.

The ceremony attracted members of the Itorero ry’Igihugu from all the Provinces of the country and Rwandans in the Diaspora.

Itorero ry’Igihugu aims at promoting values of unity, truth, culture of hard work while avoiding attitudes and mindsets that deter development, all aimed at speeding up the attainment of Vision 2020, MDGS and Rwanda’s five year strategy – the Economic Development and Poverty Reduction Strategy (EDPRS). 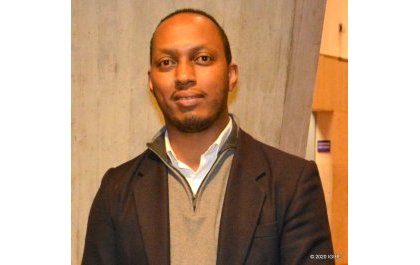