Activist call for political will in conflict resolution

The Executive Secretary of the National Unity and Reconciliation commission Jean Baptiste Habyarimana (C) listens to some participants who attended the conference.
BY INNOCENT NIYONSHUTI

KIGALI – More political will is needed amongst Great Lakes region to curb down the vicious cycle of conflicts.

The call was made yesterday by Joseph Kabakeza, the Director General of Bilateral and Multilateral Operations in the Ministry of Foreign Affairs while addressing participants during the ongoing Global Human rights Youth Summit.

Kabakeza said the Great lakes region has suffered vicious cycle of conflicts mainly because of failure to abide by the principles of rule of law of which many pretend to be advancing.

“If you look at the records of these states that have suffered severe human rights violations for decades, most of them have vowed to guarantee and protect human rights, the basis for the rule of law by signing International Declarations on Human Rights,” said Kabakeza.

He appreciated the fact that Heads of state have realized that the region has turned into chronicle conflict zone, and now understand the need to come together to address the problem.

“it is in the same move that the International  Conference of Great Lakes Region(ICGLR) was established as well as Pact on Peace and Stability in Great Lakes Region, which helps  countries to come together, share experiences and forge a way forward ,”  Kabakeza said.

However, he underscored the need for stronger political will to stamp out the root causes of the problems with the Great Lakes.

Jean Baptiste Habyarimana, the Executive Secretary of National Unity and Reconciliation Commission outlined the work that has been done in area of reconciliation.

It was the first time for many participants to get first hand information about the history of Rwanda and the region and pledged to be more active advocates for the region.

This was the second day of the UNESCO regional forum that brought together youth advocates for human rights from across the world who are in the country for nine days to share experiences with their Rwandan peers. 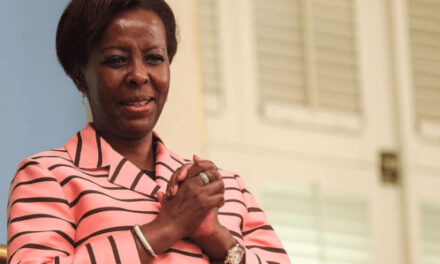