The Army Chief of Defence Staff (CDS), Gen. James Kabarebe, yesterday travelled to the Democratic Republic of Congo (DRC) where he was invited to participate in a meeting aimed at evaluating the recently concluded ‘Operation Kimia II’ against FDLR rebels in the volatile east.

Army and Defence Spokesperson, Major Jill Rutaremara, confirmed this Monday morning saying that the CDS and his team had left Kigali for Kinshasa via Nairobi, Kenya.
The two-day meeting is scheduled to take place in the Congolese Port City of Matadi, the capital of DRC’s Bas Congo Region from Tuesday to Wednesday.

“They have left and they will arrive in Kinshasa today,” Maj.  Rutaremara told The New Times.

While in Matadi, the two countries’ military leaders are likely to discuss about the way forward after various military campaigns against negative forces like FDLR.

The FDLR, a rebel group which both countries have vowed to jointly fight, is largely made up of remnants of the former Rwandan army (ex-Far) and Interahamwe militia who masterminded the 1994 Genocide against the Tutsi, and later fled into eastern DRC.

A new three-month-long military campaign – dubbed ‘Operation Amani Leo ‘(Operation Peace Today), is underway in the DRC to consolidate what previous operations against the rebels attained. 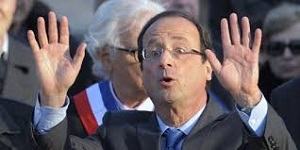