KIGALI – The Minister of Internal Security Sheikh Mussa Fazil Harerimana has warned presidential hopeful Victoire Ingabire Umuhoza against revisionist and Genocide denial pronouncements that are a clear violation of the country’s laws.

Ingabire who arrived in the country on Saturday to register her party ahead of this year’s Presidential elections started from a revisionist position, espousing theories on double genocide and denouncing Gacaca, referring to the court system as ‘ingoyi’ or shackles.

“She is welcome to Rwanda like any other Rwandan,” Harerimana told The New Times. “But what I need to emphasize to her is that we are country that is governed by the rule of law and anyone who violates these laws will be called to account.”

While visiting the Genocide memorial site, soon after her arrival, Ingabire made a statement claiming that there was double genocide in Rwanda in 1994.

She has equally announced that she’s leading a revolution of ‘Nyamwinshi’ or ethnic majority, a reference to the 1959 episode of the Genocide against the Tutsi.

Her remarks have enraged survivors and ordinary Rwandans who called into different radio stations yesterday accusing the presidential hopeful of being “insensitive and a Genocide denier.”

They urged Ingabire to acquaint herself with the country’s newly enacted laws especially those relating to the fight against genocide.

Minister Harerimana warned that government does not tolerate any form of impunity and whoever violates the existing laws will have to answer accordingly.

“There’s no one above the law and we do not tolerate impunity. If she thinks that hoping to be a presidential candidate, gives her the license to violate the laws, then she’s in the wrong place,” the minister said.

Her remarks at the Genocide memorial site were seen by many as a mockery to those who died in the Genocide, an observation supported by her past utterances which reveal a deep sense of revisionism.

“She has clearly started on a wrong note,” Celestin Kayiranga a survivor told The New Times yesterday. “It’s simply pathetic and irritating to hear such remarks being made by a politician on the Rwandan soil today—-this is simply taking us many years backwards.”

Ingabire arrived in the country on Saturday after 16 years of self-imposed exile in Europe. She is the president of the United Democratic Forces (FDU-Inkingi). 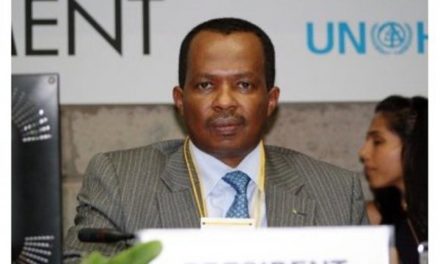