KIGALI – Police was yesterday morning called in to disband party members who had rejected a decision to indefinitely suspend a founding member of PS Imberakuri, Noel Hakizimfura, the former Executive Secretary.

A faction of the party had convened a meeting at its headquarters in Nyamirambo, Nyarugenge district to decide the fate of Hakizimfura, and other senior party officials.

The meeting which was chaired by the party president, Bernard Ntaganda, had taken the decision to suspend the officials causing Hakizimfura’s supporters outside to riot and hurl stones at the house in which the meeting was taking place, prompting those trapped inside to call the police for help.

Police spokesperson, Eric Kayiranga said that the angry rioters loyal to Hakizimfura were trying to prevent the voting which they believed would see their favourites ousted from the party leadership.

“Police was then called in as there was fear that the fight would result into bloodshed,” Kayiranga said.

Meanwhile, soon after police restored calm at the party premises and left, another group also loyal to Hakizimfura, arrived and started vandalizing the office windows and doors.

Police was again called in and remained at the scene until the meeting ended. Kayiranga, however, said that no person was arrested in connection with the riot.

The conflict between Hakizimfura and Ntaganda’s faction started last year when the former and his supporters broke away protesting against the leadership.

They accused Ntaganda of divisionism and changing the party’s strategy to suit his own interests. 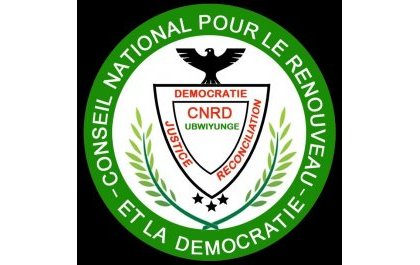