URUGWIRO VILLAGE – The East African Business Council (EABC) wants full involvement of the business community in all policy formulation and decisions that have an effect on business.

They said this shortly after meeting with President Paul Kagame at Urugwiro Village.

The EABC, which is an apex body made up of private sector associations from all five member states, says that total inclusion of the business community in policy formulation and implementation would improve investor confidence.

The body says that frequent policy changes by regional governments, without due consultation with the relevant stakeholders negatively impacts on existing investments and also deters new investors.

“We have issues of the persistent non-tariff barriers that don’t seem to be reducing, infrastructure projects that need to be addressed, and the relevancy of EABC in generating policy and in being consulted when certain policies are being discussed,” the Chairman of the EABC, Faustin Kananura Mbundu, said yesterday.

“He recognized the key role the EABC will play in the growth of the economies of the EAC states,” She said.
Mukaruriza added that Rwanda has a participatory approach when it comes to formulating policies.

The EABC call comes at a time the World Bank Doing Business Report says that transport costs as a share of exports, for a country like Rwanda, is estimated at 48 percent, something that raises the cost of production.

In relation to power, the price of electricity/production in East Africa is said to be 5-10 times higher than the region’s competitors like Egypt and South Africa.

“The memorandum we have given to the President is the same we gave to the Chairman of the EAC Heads of State Summit, Jakaya Kikweta,” Mbundu said. 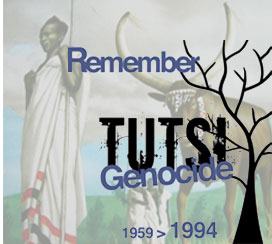