Rwandans can resolve their problems, Kagame

President Kagame waving to a mammoth croud that welcomed him in Nyagatare yesterday. (Photo / Timothy Kisambira)

NYAGATARE – President Paul Kagame, yesterday commended residents of Nyagatare District in the Eastern Province, for their hard work and efforts to overcome the challenges they face, such as food insecurity.

Addressing thousands of the residents, who had gathered at Rwimiyaga Primary School in Nyagatare district, President Kagame said that the district’s transformation from the most food insecure part of the country to the most productive, today, is a sign that Rwandans are capable of resolving their own problems.

Regarding the lack of markets for the surplus diary and agricultural products, Kagame said that the district’s success story in dealing with food shortages makes the market’s issue manageable.

The President pointed out that the challenges presented by surplus can be addressed through consumption, storage for future use, as well as selling on local and regional markets.
Kagame went on to pledge government support in creating markets for agriculture produce, as well as facilities needed to add value to the products.

The President told the residents that when they record such achievements, it should give them the impetus to work harder for higher yields, and ensure they make adjustments where the yield does not turn out as expected.

He observed that as a result of residents responding to government development programs, the District has managed to deal with complex challenges, such as shortage of land, poverty and long dry spells.

On land redistribution, the President emphasized that the exercise was not meant to hurt anybody, but was designed to ensure that everyone gets access to land for production purposes. He went on to say that the program has been successful and the achievements and surplus is the outcome of the program.

The President observed that there has been considerable progress in the district including residents’ response to land consolidation and crop intensification programmes, while household incomes have improved rapidly.

With regard to cooperatives, the President said that while they have not necessarily been successful, it is important that they are in place. Kagame emphasized that local leaders should take responsibility for this failure.

He pointed out that cooperatives when well organized and managed are profitable and contribute to development.
The President expressed disappointment with the increase in grass thatched houses in the district, telling his audience that Rwandans are capable of doing away with them.

Kagame reminded the residents that they do it on their own, calling upon the local leaders to advise the people on how to get themselves decent housing.

Kagame reminded Nyagatare residents to always bear in mind the importance of security, as the basis of all their achievements and development, and never to allow anyone to destabilize their peace.

In his remarks, Nyagatare district mayor, Fred Sabiti Atuhe, thanked the President for his support in developing the district.

He said that Nyagatare district, with the support from the government under President Kagame, has grown to be among the districts with the fastest growing economies, based mainly dairy farming and Agriculture.

President Kagame, later in the evening, held a meeting with opinion leaders from the entire Eastern Province, where he emphasized the need for accountability and transparency, as a way of regaining the trust and confidence to their electorate.

The discussions centered around development, where the President mainly advised the leaders to commit themselves to their duties and avoid selfishness. He reminded them that the overall objective is to improve the lives of the Rwandan people.

The residents were given opportunity to ask questions, and the problems were resolved during the meeting. 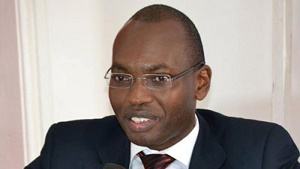