Jim Reeves was one of the best of the « Nashville Sound » style country and western singers. His fame was widespread, not only in the USA, but also in Britain, India, Scandanavia and South Africa. Born in 1923 in Panola County, Texas, Jim after college began to pursue a professional baseball career but was sidelined by an injury to his leg while a pitcher with the Houston Buffaloes. He also for a brief period was a full-time radio announcer. He began his recording career in 1945, and also composed his own songs. The peak of his career came in late 1959-early 1960 with the success of the single « He’ll Have To Go », which reached number 2 in the U.S. hit record charts and number 12 in Britain, ultimately reaching three million in sales. After his success he made successful tours of the U.S., Scandinavia and South Africa, where he starred in a film, Kimberley Jim (1965) (released in the U.S. in 1965) and recorded songs in the local Afrikaans language. Jim was well known as the singer with the velvet voice and the gentlemanly manner. Jim had been planning more tours and television appearances at the time his Beechcraft Debonair aircraft went down in bad weather on July 31, 1964, in Hendersonville, Tennessee, near Nashville – taking the lives of Jim and his business manager. Jim’s widow, Mary Reeves, kept many of the recordings unreleased after his death in backlog and had them released, little by little over the years, to great success – so much so that younger executives in the record business had to be reminded that Jim has been gone for over 35 years! He even had an album reach Gold status in Denmark in 1999! It is a source of great frustration to Jim’s fans and family that his great catalog of music does not get equal airplay today in the U.S.

compared with other artists who have gone on such as Patsy Cline. But Jim’s legacy still lives on, as one of the greatest voices in recorded music, country or otherwise.

Elected to the Country Music Hall of Fame, 1967.

A prolific recording artist, many of his posthumously released songs became hits many years after his death, such as 1970’s « Angels Don’t Lie ».

Was a member of the Grand Ole Opry from 1955 until his death.

With his soft baritone voice, « Gentleman » Jim Reeves was one of the biggest and most consistent hit-makers in country music history. His many hits on RCA Victor, now considered country music classics, include « He’ll Have to Go », « Four Walls », « Am I Losing You », « Blue Side of Lonesome », « Welcome to My World », « Bimbo », « Distant Drums » and « Mexican Joe ».

His fan-base in Norway is so huge his widow, Mary Reeves, has received countless gold, platinum and even diamond (!) records from Norway up till this day. There was even a special album made for Norwegian fans: « Jim Reeves – Norwegian hits » in 1999. In the early 1960s Reeves was the first US artist to sell to gold in Norway, and after his death he dominated the Norwegian charts through the entire 1960s. To top it all, one of the last live recording made of Reeves was from his concert in Njårdhallen, Oslo, Norway, three months before his death.

Wore a toupee, which he and his wife Mary Reeves kept a closely guarded secret. Mary Reeves even tried to keep the fact unknown for many years after his death, once suing an overseas magazine for reporting it. His manager in the early 1950s, Charlie Lamb, acknowledged Jim wore a toupee, and said he discussed with Jim whether he should wear it on his first guest appearance on the Opry in 1953. Charlie Lamb said, « He decided to go with the toupee ».

Made the eventually unfortunate decision to learn to fly himself after a commercial airliner he was on encountered turbulent weather on a return flight from South Africa in 1962. He wanted to be « in control » of the situation. He was taught to fly by the same instructor who taught Randy Hughes (Patsy Cline‘s manager and pilot) to fly, and received his pilot’s license in March 1963 shortly after Patsy Cline‘s plane crashed.

Was originally hired by the Louisiana Hayride in 1952 as an announcer, not a singer. The « Big Daddy » who ran the Hayride, Horace Logan, didn’t like Jim’s singing style (which, early in his career, was more of a high-pitched style as opposed to the smooth, mellow style he developed after « Four Walls » in 1957). After « Mexican Joe » became a hit in 1953, Jim took some time off from the Hayride to tour and promote the record. Logan told him, « You’ll be back. As a singer, you make a great announcer. » In his later years Horace admitted he was wrong about Jim.

According to Billboard Magazine, Jim had 51 Top 10 hits – 19 after his death. One of his posthumous hits, « Blue Side Of Lonesome », had been released as an album cut in 1962. The original version ran well over 3 minutes, so when Mary Reeves and Chet Atkins « overdubbed » it with new background music for re-release as a single, they deleted an entire verse because they feared it would not get airplay on radio stations. The song became a #1 hit in the fall of 1966.

The last song Jim ever recorded at RCA’s Studio B was Don Gibson‘s « Can’t Stop Loving You », on July 2, 1964. It came at the end of a very lengthy recording session, and was a « throw-in » – a song that was not originally scheduled to be part of the session. When some time was left over, Jim himself suggested it – he had said publicly he thought it was the best country song ever written. Among other songs he recorded at that last session were « Make The World Go Away », « Missing You », « In The Misty Moonlight », and « Is It Really Over ».

His biggest posthumous hit, « Distant Drums » (which was #1 in the U.K. for 6 weeks in 1966), was actually recorded as a « demo » at Starday Studios in 1961. Producer, Chet Atkins, didn’t think the words to the song (about a young man going off to war) were relevant to the times in 1961. According to Cindy Walker, the song’s author, Jim made the demo as a personal favor to her. In 1966 (with the war in Vietnam heating up) Chet overdubbed his vocal with new background music at RCA’s Studio B, and it was released that summer, becoming a huge hit.

Many accounts incorrectly give Jim’s date of birth as August 20, 1924 (including his plaque at the Country

Music Hall of Fame and the liner notes on one of his albums). Both his birth certificate and his gravesite give his date of birth as August 20, 1923.

Jim was returning from Batesville, Arkansas when his plane crashed. He had flown there July 30 to check out some real estate that was for sale- the card from the real estate agent was one of the items found in his billfold. His manager and piano player, Dean Manuel (who didn’t like to fly) accompanied him because he had relatives who lived near Batesville, whom he and Jim visited with the night before the ill-fated return flight, July 31.

According to his secretary, Joyce Jackson, Jim smoked Parliament cigarettes up until 1958, when he quit because he was afraid they would ruin his voice.

Recorded 444 songs in his career- which were released on a multi-volume CD set by the Bear Family in Europe in the late 1990’s.

In a survey taken by the BBC of the Top 100 songs of the 20th Century in the United Kingdom (which included all types of music- rock, pop, country, etc.) Jim’s version of « I Love You Because » was ranked #11.

Jim was only about five miles from the Nashville airport on July 31, 1964 when he ran into a severe thunderstorm. He had made contact with the Airport Tower Operator, who was trying to steer him around the storm. His last transmission to the tower was at 4:58 PM, when his plane disappeared off the radar screen. The wreckage wasn’t found until two days later, August 2.

His version of « Adios Amigo » was selected Song Of The Year in Norway in 1964- Jim was given a Gold Record for the song at a concert in Oslo in April, 1964. The Oslo concert was videotaped, and is still repeated on Norwegian television from time to time, usually around the anniversary of his death.

Chet Atkins, Jim’s principal producer at RCA, said in an interview shortly before his death he thought the reason Jim recorded so many songs was because he didn’t think he would live a normal life span. Jim had some serious health problems which most fans were unaware of- he had an enlarged heart (which caused him to be rejected by the military in 1941), and suffered from high blood pressure. The men in his family had a history of dying at a relatively young age (Jim’s father died in 1924 at the age of 42). Chet said Jim told him he didn’t know if he would live much past 50, and he wanted to get as much done as he could in the time he had allotted to him.

The last recording he made was in his private studio at his home in Madison, Tennessee, on July 29, 1964, two days before his death. The song was « I’m A Hit Again », which he co-wrote with Ray Baker. The recording is simply Jim singing and playing an acoustical guitar, with no studio amplification or enhancement. The song was not released commercially until 2003, when « Voicemasters » released it on a CD called « I Call Her Heartache ».

According to Chet Atkins, there was one musical instrument Jim didn’t like, and didn’t want on any of his recordings – the accordion. It appeared on only one song he ever recorded – « The Merry Christmas Polka » from his 1963 Christmas album. Chet convinced Jim the song wouldn’t be a polka without it.

Gravesite is located on US 79 about 3 miles east of the US 59 junction in Carthage, Texas.

« When I was five years old, I heard my first phonograph recording. I was in the pasture, with a pet pig of mine, and was startled by the sound of music coming from the house. When I got there, there was this little suitcase looking concern on the porch, with a crank, and music was coming from it. I couldn’t understand how all those people could fit inside that little suitcase. » – From the 1990 Whitestar Biography « Gentleman Jim Reeves: The Story Of A Legend » (Interview recorded in 1964) 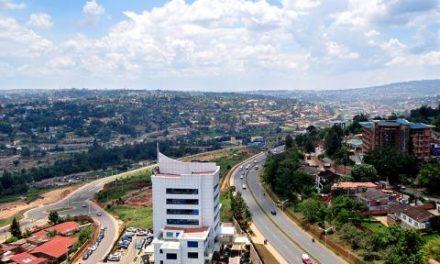 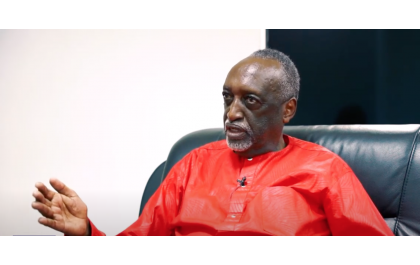 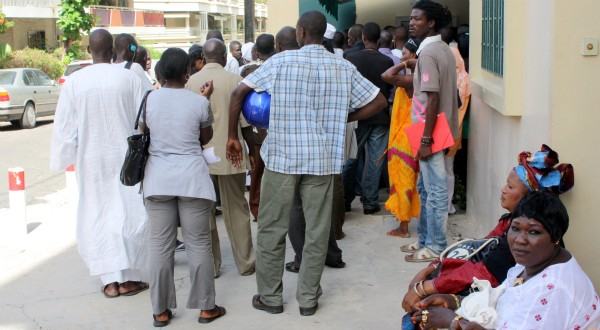