RwandAir’s Board Chairman, John Mirenge, introduces the head of the maintenance team to the Ministers of Infrastructure, Vincent Karega, and Finance John Rwangombwa, shortly after the plane arrived yesterday.

KIGALI – One of the two new airplanes recently acquired by RwandAir,  arrived yesterday evening. Present at the airport to receive the Boeing 737-500 at Kigali International Airport were government as well as aviation officials.

General Electric Capital Aviation Services (GECAS), the world’s largest aircraft leaser, recently signed a deal with the national carrier for two Boeing 737-500s on a dry-lease arrangement for a period of three years.

With the acquisition of the planes, the company is set to open new destinations, especially to West African countries. Unveiling the aircraft, RwandAir CEO, Rene Janat, said that the company is planning to introduce daily flights to Johannesburg, Dubai, Addis and the Democratic Republic of Congo (DRC).

“We are working on getting permits to fly to the mentioned destinations-we hope to start flying by the end of this week,” he said.

Janata revealed that the carrier is trying to capture the West African market and are waiting for the arrival of a second Boeing 737-500, which will be delivered in August this year.

Speaking at the event, the Minister of Infrastructure, Vincent Karega, said that RwandAir needs everyone’s support, now more than ever, to help them grow.

“We need to think big, we need to be very competitive, think a little bit more than just investing in small projects. This is a great achievement for the country and the aviation industry,” Karega said. Late last year, RwandAir, acquired its first fleet of two CRJ200s aircrafts.

John Mirenge, the Chairman of Board of RwandAir, thanked the airline’s team which worked hard to make the project a success.

“These have been some sleepless nights for many. We wanted these aircraft before the beginning of the World Cup and we have achieved it. It’s a great job done and big achievement by the country,” Mirenge said.

Recently, the national carrier secured a $11.5m (Rwf6.5 billion) credit facility from the Eastern and Southern African Trade and Development Bank (PTA Bank) that will help it to implement its five year development plan.

The loan agreement was designed to help the national carrier purchase two 737-800 planes from Boeing. The planes are expected to be delivered in August and October 2011.

Zafeirakis Charalampos, the Captain of the aircraft, revealed that the plane has a maximum takeoff weight of 58,000 tonnes and engine upgrades up to 20,000 pounds (all other planes of the same make have 18,500)
The national carrier began operations in December 2002 as the new national carrier (passenger air transportation as the core activity) with a concession to carry out airport ground handling at Kigali International Airport. 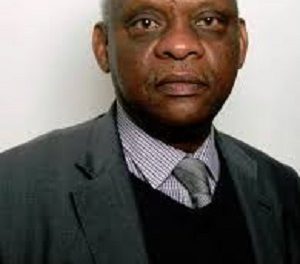