KIGALI – THE yet-to-be registered Democratic Green Party of Rwanda yesterday apologised to the Minister of Education, Dr. Charles Murigande, after it falsely accused him of having told a German TV that its deceased vice president, Andre Kagwa Rwisereka, was killed in an accident.

On August 11, the Green Party released a statement expressing how “it was very much alarmed and disturbed” by the “naked lies” supposedly uttered by Murigande on ARTE Television, based in Germany and also viewed in France, Netherlands, Swiss, Belgium and other European countries.

Party president, Frank Habineza, yesterday issued an apology to the Minister, admitting that they had misquoted him.

“After re-playing the video web link on that television today and failing to find that statement, we humbly regret any inconveniences this may have caused you and do hereby withdraw our statement made on 11th August 2010, we are also removing that statement from our website and will inform every one that we were misinformed,” the latest statement reads.

“We are also posting this statement on our website. We regret any inconveniences and misconceptions that may have been caused”.

Murigande said that in the entire interview, he never said anything remotely connected to the allegations made by the party, but instead gave an example to a journalist that in Africa, when an opposition politician dies, the death is quickly attributed to the government, which is not the same in Europe or anywhere else.

He gave an example of Joerg Haider, an opposition leader in Austria, who died in a car accident, saying that had it been in Africa, it would have been attributed to the government.
“Government opponents all over the world are and remain mortal beings and they do die of different causes.

Unfortunately when a Government opponent in an African country dies, the western press and human rights are always quick to accuse the government of that country to have had a hand in the death,” Murigande had said in the interview.

Meanwhile, in the statement yesterday, Habineza stated that the Green Party “has not accused the Rwandan Government of any involvement in the death of our first Vice President”.

Rwisereka went missing on July 13 this year and  his car was found dumped in a wetland, about 3 Kms away from Butare town, Southern Province, and his body was later found nearby.

Police has since arrested some individuals suspected to be behind the grisly act. 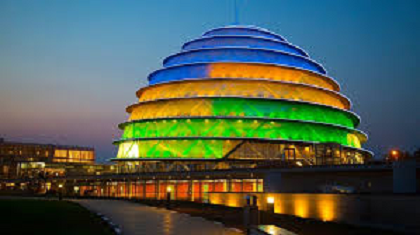