KIGALI – One of the region’s leading publishers, Fountain Publishers Rwanda Ltd, over the weekend, launched a comprehensive Kinyarwanda-English dictionary at a ceremony held in Kigali.

According to the publisher, the bilingual dictionary is an important reference menu because it enables one to study both languages with ease.

Addressing the guests, Fountain Publishers Ltd. Group Managing Director, James Tumusiime, said that the dictionary is very useful especially now that Rwanda has adopted English as the medium of instruction in schools.

“This book will enable Rwandans who were living abroad and have returned to Rwanda to learn Kinyarwanda, and native Rwandans to learn English. Now they have the opportunity to learn both languages,” he said.

Tumusiime added that since Rwanda has joined the East African Community and the Commonwealth, it is very important for Rwandan to speak and understand English well, since it is the main language used within the said blocs.

“The main motivation for doing this work is my children. They grew up in the USA and when they were growing up they kept reminding me to teach them Kinyarwanda because they didn’t feel like being black American, they wanted to identify with their roots,” said Rugege, who is also the Executive Director of the Council for Higher Education.

“I was working full time as a professor so I didn’t have the time to actually sit and teach them so that gave me an inspiration to start doing the book which could teach them the language.”

He noted that the original conception of the dictionary was five years ago when he was still living in the USA.

Prof. Rugege revealed that a Kinyarwanda-English-Swahili Web-based dictionary is currently being developed.
The Minister of Education, Dr. Charles Murigande, who officiated at the launch hailed Rugege for having contributed towards developing a reading culture in Rwanda by writing such an important book.

“A person who lived in the USA for close to 30 years and is be able to write an English-Kinyarwanda dictionary is living proof of his attachment to his culture, and we should all emulate him,” Minister Murigande said.

The launch was attended by the Ugandan Minister of Education and Sports, Geraldine Namirembe Bitamazire, several government officials, diplomats and the business community. 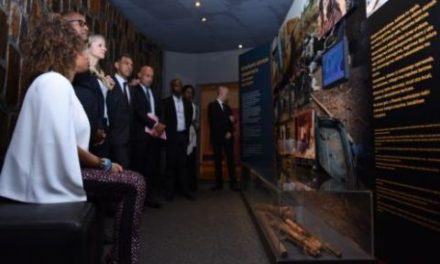 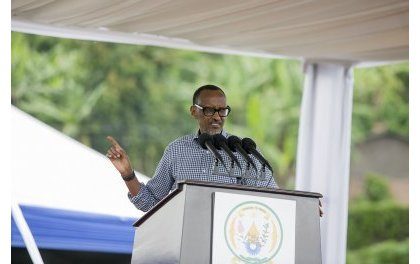