We must unite against Hunger, Kagame says

ROME – President Paul Kagame, yesterday, delivered the keynote address at the 30th World Food Day Ceremony at an event held at the Food and Agricultural Organisation (FAO) headquarters in Rome, calling upon governments to eliminate hunger, that is still claiming lives.

Kagame pointed out that it was unacceptable that hunger continues to kill large numbers of people and deprives sections of humanity their dignity, and outlined several propositions for eliminating hunger based on the experiences of developing countries, starting with sincere political will to deliver on commitments made.

He called for steady investment of more funds and other resources on agriculture, while warning of the dangers of channelling support through food aid

“Food aid has proved very useful in emergency situations and carries countries through times of crisis, but in some places, has created distortions in local markets, and become a disincentive to local food production and self-sufficiency,” he said.

President Kagame pointed out that food security must be seen by all as a national issue and that required action in policy and strategy formulation to project design and implementation – must be country-initiated and country-driven.  This, he said, will facilitate productive cooperation with partners on the basis national goals and priorities, and ensure attainment of food security. The alternative was bypassing government systems, which would scatter or compromise national efforts to address hunger.

President Kagame said that becoming self-sufficient in food production cannot be separated from good governance and that it was the responsibility of government to create the right climate for farmers.

“It is these farmers, not governments, who actually produce and must therefore be involved in finding solutions for food security. This presupposes educating and empowering farmers, particularly women who produce the bulk of the food consumed in developing countries, yet have limited access to basic means of production”.

President Kagame noted that more needs to be done to increase access to agricultural inputs, more investment in research and technological development, and the creation of appropriate conditions to render inputs more affordable for the average farmer. Regarding the damaging effects of climate change, President Kagame called for improvement of early warning systems by investing in meteorological capabilities in developing countries.

Pointing out that sustainable food security will be attained within the overall framework of poverty eradication, President Kagame also highlighted the importance of land tenure and appropriate land management systems; investment in infrastructure such as roads, markets, irrigation, and storage systems.

The President acknowledged the role of FAO, as a supporter of country-led agricultural initiatives and a strong advocate for food security ,and expressed appreciation for the work done by IFAD, WFP and other agencies based in Rome to coordinate and support food security initiatives.

President Kagame  yesterday also visited the World Food Programme (WFP) headquarters where he met with WFP executive board members who briefed him on the organisation’s global priorities. The President later addressed an audience which included WFP staff and African Ambassadors based in Rome and participated in an interactive discussion on lessons and innovative approaches to achieve food security.

He thanked WFP for assistance rendered to Rwanda during the emergency phase following the 1994 Genocide against the Tutsi and pointed out that the time was right to partner on more sustainable actions with the organization including working jointly to create vital assets such as terraced land, dams, tree plantations and improved roads and housing.

“These are the kinds of interventions that would help stimulate local food production, enable our farmers to increase their yields and generate incomes. And if rolled out across Africa, would help create food sufficiency and alleviate poverty.

Earlier this year, a delegation of 19 executive board members from UNDP/UNFPA, UNICEF and WFP undertook a joint field visit to Rwanda, a “Delivering as One” pilot country, and expressed appreciation for the close collaboration between the UN and the government. 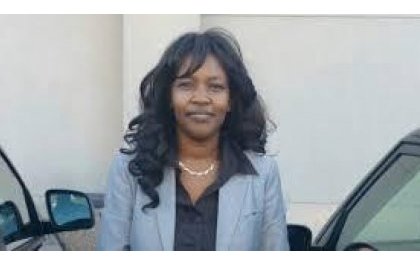