KIGALI – The National Dialogue on Media Development opened yesterday in Kigali, with various government officials urging regional media owners to invest in the Rwandan media industry, as one way of stimulating development in the growing sector.

In his address, Senate President, Dr. Vincent Biruta urged the forum which comprised of various media investors and experts, to invest in the country’s media as it carries great opportunities.

“If this conference is about transformation of the media, then it is also about the opportunities that this sector presents for investment,” said Biruta adding that anyone was welcome to invest in the media sector.

The Senate President said that government has played a major role in helping the sector to grow by investing in a printing press and a media training centre among other things. He also added that a bill on access to information was in the pipeline.

He noted that if the bill is passed into law, it would be another ingredient into the virgin media industry in the country.

In his key note speech, the Minister of Cabinet Affairs and the Acting Minister of Information, Protais Musoni, observed that though there is significant development in all other sectors in the country, the media still lags behind.
He attributed the low level of development in the sector to the lack private investments in the media.

Presenting a paper on the situation of the media sector in Rwanda, the CEO of Rwanda Development Board (RDB), John Gara, said that the media in Rwanda is a viable venture with untapped potential.

He pointed out that Rwanda has small and fragmented media outlets both in the print and broadcasting and one national TV channel.

Gara noted that the above reasons, coupled with a conducive investment climate, there was potential to spur development in the sector through possibly creating mergers in the small outlets and through media infrastructure development.

He therefore also called upon regional investors to come and invest in the sector.

The CEO of the Vision Group, Robert Kabushenga had a different view of the issue.

“Media development in this country has to be championed by Rwandans themselves,” said Kabushenga, reacting on the call to regional media moguls to invest in Rwanda.
“Don’t wait for foreigners to come and develop your media,” he said.

Kabushenga also urged the media owners to stop convening meetings only to talk about press freedom and start running media houses as businesses instead.

The Executive Chairman of IPP Media Group, Reginald Mengi, however, belonged to a different school of thought. He said that foreign investment in the media sector was possible.

He added that there was only one way to ensuring development in this sector which is observing professional ethics. He said that it is an important aspect that has helped his media group to flourish.

The two-day meeting is expected to focus more on the challenges of media in Rwanda, including professionalism, and freedom. The views will also be used to review legislative and policy frameworks in Rwanda. 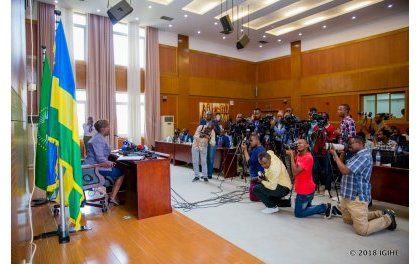 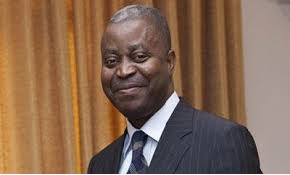