Rusesabagina should be prosecuted – Ngoga

KIGALI- The Prosecutor General, Martin Ngoga, yesterday, called for the speedy trial of Paul Rusesabagina, following his recent declaration that the Democratic Liberation Forces of Rwanda (FDLR) is a liberation movement.

Rusesabagina made the remarks while speaking at the University of Central Florida, last week, where he openly declared his support for the rebel outfit.

The FDLR was, last year, declared a terrorist group by the UN.

“This is further proof that Paul Rusesabagina, who has been extending financial support to this organization, fully supports its criminal project and remains responsible for its past and present atrocities in our region,” Ngoga said.

“His recent conduct calls for this process [Rusesabagina’s prosecution] to be speeded up”.

He added: “Evidence of Rusesabagina’s financial support has never been challenged. Instead, he and his supporters have chosen to remain vague and not directly respond to the question as to why, on three occasions, he sent money to FDLR Commanders.”

He said that prosecution requested the United States, from whose territory Paul Rusesabagina has been sending money to FDLR, for judicial cooperation on the matter.

“This is also where he, through his Paul Rusesabagina Foundation, has been fundraising for unknown beneficiaries and we have reason to believe, for FDLR, as well.”

Ngoga challenges Rusesabagina’s group to defend themselves with evidence, “not just empty allegations of political persecution.”

He says they must not engage in diversionary answers.

FDLR comprises mainly perpetrators of the 1994 Genocide against the Tutsi,and also responsible for thousands of deaths and rapes in the eastern DRC. 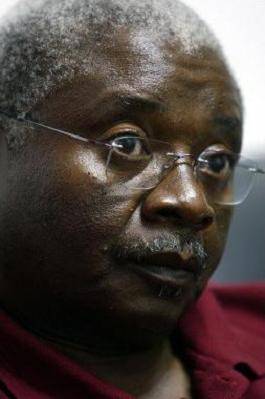