Today Commonwealth Day will be celebrated across 54 countries. The association holds about a third of the World’s population. It prides itself on having high human rights and democracy based fundamental principles. But do these translate into the lives of its 1.4 billion population, or make any impact at international fora that debate and decide rights and freedoms? Sadly even the kindest and gentlest answer would come up with a definite – no.

This conclusion is once again affirmed by the latest report of The Commonwealth Human Rights Initiative. The third in a series entitled ‘Easier Said than Done’ the report analyses the performance of the 12 Commonwealth countries – Bangladesh, Cameroon, Canada, Ghana, India, Malaysia, Mauritius, Nigeria, Pakistan, South Africa, the United Kingdom and Zambia – who sit on the Human Rights Council. Together they also account for about one third of the body’s 47 members.

Before getting elected to the Council each had made specific pledges in the spirit of upholding “the highest standards in the promotion and protection of human rights”. Comparing promises to actual performance both at the domestic and UN levels between mid- 2008 and mid-2010 the report shows that many Commonwealth members were in fact at the forefront of efforts to undermine human rights mechanisms such as the Special Procedures, the Human Rights Council Advisory Committee, the Universal Periodic Review and the Office of the High Commissioner for Human Rights. Several actively campaigned against country specific scrutiny of gross human rights violators. At the domestic level, as well, no country entirely fulfilled all its Council pledges. The report also discovers that, except on one resolution the Commonwealth members could not act together to agree on any Council resolution.

The Commonwealth, whose members carry strong memories of their own struggles for rights and freedom, may have had its finest hour – or perhaps its last hurrah – during the struggle against Apartheid. But today, in the midst of Commonwealth Day celebrations, it is hard not to notice its reduced zeal for preserving civil liberties or its dismal record in upholding human rights beyond grandiose words. The descent from deeds to words is evidenced in the reluctance of its oversight mechanisms – such as the Commonwealth Ministerial Action Group -to take to task seriously erring members or to activate its mandate to scrutinise Commonwealth countries that persistently or seriously violate fundamental values such as human rights

Today, aged almost 62 the Commonwealth appears ever more infirm in its convictions as it’s Secretary-General suggests that perhaps human rights precepts are merely “aspirational” while deeds are more realistic and different.

Speaking about the UDHR, the response by the current Commonwealth Secretary-General to an article in the Guardian on attempts to silence human rights within the Commonwealth Secretariat is indicative. He says, “The 1948 Declaration remains at best an aspiration, at worst a loose promise. Such is the grey area of words, which is perhaps best set aside for the more prosaic reality of deeds.”

The assertion seems to give short shrift to the binding norms that, born out of the Universal Declaration, have found their way into the constitutions of Commonwealth member states and become legal obligations owed by governments to their people and to the international community. The hardnosed approach also clearly sights the Secretary-General in empathy with the worst performing Commonwealth members at the Council who make identical arguments about the primacy of sovereignty and use realpolitik excuses to avoid human rights compliance and the responsibility to protect.

CHRI has always held that the Commonwealth is about human rights or it is about nothing at all. Soft pedalling its self-professed premier values can only lead to the diminution of the Commonwealth into eventual oblivion: and disparaging the canons that underpin the practical realisation of rule of law good governance and development in the lives of ordinary people across the association will also mortgage the future of the mostly poor and vulnerable populations that live in member countries.

This October the Commonwealth Heads of Governments will once again meet in Perth Australia. This will mark the 20th anniversary of the Harare Declaration – the high noon of Commonwealth activities in human rights. An Eminent Persons Group on Commonwealth Reforms will present its findings to the Heads. After studying the Commonwealth’s track record on human rights the Group stated, around the same time as the Secretary-General’s response to the Guardian, that “silence is not an option” for the Commonwealth.

Unless it energetically reclaims the outspoken, leading role in promoting and protecting human rights it once displayed in international fora such as the UN, future Commonwealth Day celebrations will only symbolise the last gasps of a moribund association. 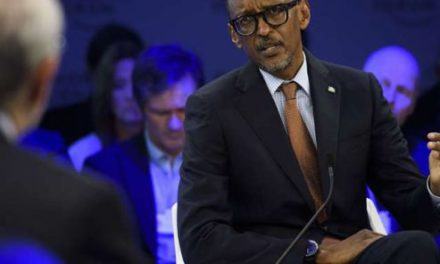 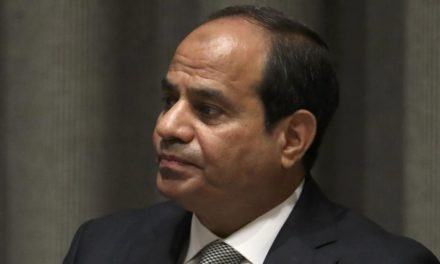