They were awarded Bachelors’ Degrees from the Faculties of Engineering and Science, Masters of Communications Management (MCM), Masters of Operational Communication (MOC) and Diploma in Technology.

More than 30 percent of the graduates were women.

Prof  Mshana, however, said that the number or women graduates was still low, urging parents and guardians to encourage their daughters — while still young — to believe that they can excel in any field.

The Minister of Education, Dr. Charles Murigande, thanked the new graduates for the hard work which saw them accomplish what they went to school to do.

He said that they should be looked at as new resources which have come to benefit both their families and the country.

“Your hard work, long days and sleepless nights have paid off. You re now a source of pride,” said Murigande adding that the pride should be that of working engineers and scientist who perform their duties diligently.

“Perform your duties with resilience and competence to enable Rwanda to reach the socio-economic development it requires.”

The Minister also called for an increase in the number of female graduates.

“I dream of the day when there will be equal numbers of boys and girls or even more girls,” said Murigande, who is also the Chancellor of the institute.

In his remarks, Dr. Ephraim Kabayija, the KIST board chairman, urged graduates to use the knowledge they had acquired to develop the country.

“Engineers like you solve problems rather than waiting for their problems to be solved,” he said urging them to be disciplined and dedicated in whatever they do. 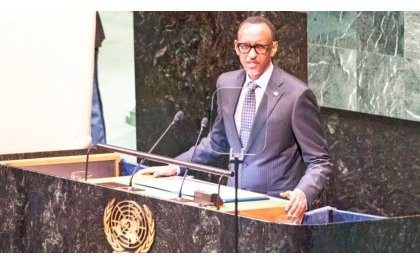