Rwanda and Uganda, yesterday, signed several Memoranda of Understanding (MoU’s) that will see the two countries work together to boost agriculture, environment management and ICT development, among other areas.

During the JPC meeting, which was chaired by the Foreign Affairs Minister, Louise Mushikiwabo and her Ugandan counterpart, Sam Kutesa, Rwanda and Uganda signed a MoU that will see the countries environment management bodies work together on issues concerning the environment.

The Rwanda Agriculture Board (RAB) and Uganda’s National Agriculture Research Organisation (NARO) also entered a MoU that will see the two countries cooperate in improving the agriculture sector while a MoU on ICT development was also signed.

The two nations resolved to move beyond “just signing” agreements to action, agreeing to embark on several joint programs aimed at improving agriculture and food security as well as energy and infrastructural development.

The JPC meeting, attended by several ministers and officials from both countries also agreed to further strengthen cooperation in the area of defence and security, education and research as well enhance cross border trade.

In her opening remarks, Minister Mushikiwabo said that the meeting was scheduled to take place in September but the two countries agreed to bring it forward to coincide with President Yoweri Museveni’s state visit this weekend.

“I believe it is always meaningful to get the outcome of a session of any Joint Permanent Commission blessed by a State Visit,” Mushikiwabo said.

Presidents Paul Kagame and Museveni are expected to review and sign the recommendations of the JPC meeting over the weekend.

The two ministers said that Rwanda and Uganda maintain a very strong mutual relationship that dates way back and the JPC in Kigali to be followed by the four-day state visit of President Museveni will cement the existing cooperation.

The two countries carried out an assessment and evaluation of the implementation of the recommendations of the 8th JPC meeting held in Kampala in March 2010.

Minister Mushikiwabo said that though the progress was encouraging, specific areas such as Agriculture and Food Security, Infrastructure, and Cross Border Trade, still needed special attention if the states were to achieve tangible results in the near future.

She noted that there is a need to increase the number of 24hr-operations border posts where necessary; and share experiences and good practices in managing food security research projects.

“We need to continue creating a conducive environment to attract more investments and use friendly frameworks to be able to develop our own national economies,” Mushikiwabo said.

“With regard to regional and international cooperation, we are firmly committed to promoting regional integration, peace and security for sustainable and predictable growth towards achieving socio-economic development,” she said.

Minister Kutesa noted that the progress being made in the areas such as rural electrification and power inter-connectivity is encouraging and the momentum should be sustained.

“We should put emphasis on the need to implement the decisions arising from these JPC sessions. It undermines our effort when little progress is registered on the implementation of previous decisions, yet new decisions are made during each JPC.” Kutesa said

After the 8th JPC session last year, a Joint Monitoring and Evaluation Bureau was established to monitor the implementation of JPC’s decisions under the chairmanship of the respective Permanent Secretaries. 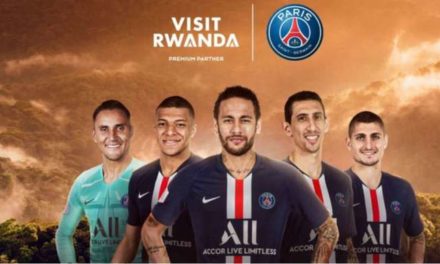