First Lady, Jeannette Kagame, with some of the recepients of this year’s CYRWA Awards. The New Times/Village Urugwiro

In a colourful ceremony attended by youth from various countries and other invited guests, the First Lady presented awards to the seven, who included musician Kizito Mihigo, Meilleur Murindabigwi, the founder of Igihe Ltd and athlete Epiphanie Nyirabarame.

In her speech, Mrs. Kagame commended the young achievers for their exceptional work and noted that as the awards grow, similarly the number of young Rwandans with great initiatives has grown and Imbuto Foundations is committed to continuing supporting them.

“Tonight we have celebrated the achievements of seven young men and women who, through their actions, raised the standards of excellence among Rwandan youth,” Mrs. Kagame said.

“The empowerment of our youth is something we at Imbuto Foundation are passionate about”.

The First Lady told the winners that the award bears significance for them as ambassadors of Rwanda, calling upon them to move forward in the world knowing that the light they shine will be illuminated in others, urging them to always strive for excellence.

Mrs. Kagame noted that the 3rd edition of the biennial CYRWA awards confirms the belief that if given an opportunity to prove themselves, the youth can do so and even surpass expectations.

“I believe that this realisation is reflected across the continent, evidenced by the recent African Union Summit where for the first time, the youth and Heads of States engaged in open debate on how to better involve young people in addressing the challenges in Africa,” she noted.

“This unprecedented event gives hope that if we can awake in the passion and creativity of youth and combine it with the wisdom, experience and insight of elders, we can truly transform Africa”.

In reference to the youth conference that had taken place earlier in the day, the First Lady observed that from the interaction of the youth from various African countries, it was evident that the youth are ready to claim their place and lead the way forward for Africa.

Previous winners presented accolades to the 3rd edition winners who were chosen on the basis of their positive and life changing actions and achievements in the past two years.

Long distance runner Nyirabarame, 30, who took the CYRWA Sportsmanship award was recognized for her efforts to represent the country on the international level in athletics and also her selfless efforts to uplift her family from poverty and illiteracy.

Niyitegeka who owns Virunga busses and operates a courier service as well, took the CYRWA award for innovation for his successful business which employees over 200 people.

Ornella Umubyeyi could not pick her award because she is studying in the US, She was recognized for her various humanitarian efforts, including the “A Hug Movement” which supports children born with HIV/AIDS. The award was picked by her sister.

Nshimiyimana from Karongi was recognized for being innovative. He transforms scrap metal into household items such as saucepans which he later sells.

Several speakers with inspirational stories spoke on the event while a local band, Rainbow and a performance by Kizito Mihigo, spiced up the event. 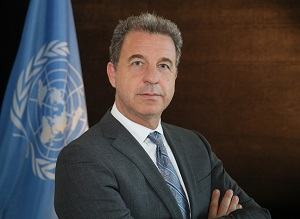