MPs taken through the paces of new ICT bill

Protecting children and the youth from accessing inappropriate internet material like pornography and shielding the country from used electronic equipment are some of the issues highlighted by lawmakers yesterday during a consultative seminar on the ICT bill.

The bill identifies and establishes responsibilities of policymakers and regulatory entities for the subsectors as well as central principles of ICT policy and regulation.

MPs and stakeholders, including government officials and representatives of telecom operators, conferred on the 489-page ICT bill which aims at establishing a harmonised framework for ICT policy and regulation.

The seminar was addressed by ICT Minister, Dr Ignace Gatare, and the head of Rwanda Utilities Regulatory Agency (RURA) Regis Gatarayiha, among others.

MP Constance Mukayuhi Rwaka requested panelists to shed light on how the bill is likely to rally round parents to protect children from “inappropriate material” and other things undesirable in the Rwandan culture.

Gatare acknowledged that changes in technology have altered the way children relate to parents, explaining that it was a new and big dimension to be taken into account.

The minister noted that pertinent institutions like the Ministry of Gender and Family Promotion are being engaged to find workable solutions to the issues.

On dumping, Gatarayiha reiterated the significance of setting up guidelines  and advised Rwandans against buying old but cheaper equipment like computers, adding that the ICT bill would also address the issue of inappropriate and harmful content.

He added that awareness creation and “set programming” are the two other measures.

In set programming, he explained, “programmes of violence or even pornography, can be set for late night viewing and that parents have a big responsibility in that regard.

Parental guidance are features which may be included in digital television services, computer and video games, mobile phones and computer software.

They fall into four categories – including content filters, which limit access to age appropriate content, usage controls, which constrain the usage of these devices such as placing time-limits on usage or forbidding certain types of usage, computer usage management tools, which allow parents to enforce learning time into child computing time, and monitoring, which can track location and activity when using the devices.

The assembly obtained a briefing on the government’s overall policy on ICT as well as ICT legislative framework.

Reports by toxic policy analysts, in the past, highlighted that much of the growth in the ICT sector in developing countries is fuelled by the importation of used equipment from rich countries.

In his initial presentation, Gatare noted that the current legal framework is regulated only by the 2001 telecommunications law which only deals with telecommunications issues and does not cater for new developments in the wider ICT area.

Once passed, the ICT law is expected to provide a wider “regulatory scope beyond telecommunications.” 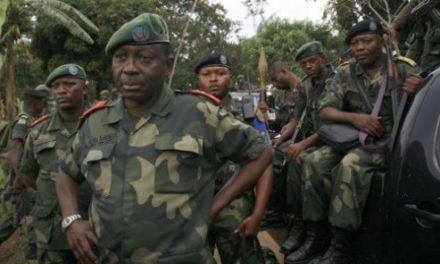