President Paul Kagame has broken his silence and expressed his views in the ongoing contentious debate on the third term serialising the positions of different political actors.

In the latest and perhaps most candid defence of his earlier positions, the President says he never even sought to be vice president, nor president, and would uphold a similar stance in 2017, when the country is expected to hold the next presidential polls.

The president says he is beginning to take it “personal” with those insisting that he is covertly laying ground for the amendment of the constitution to prolong his stay in power. The president spoke as he met American editors on November 17 as Village Urugwiro. “…on this issue, I am almost taking it personal with people who keep asking: ‘you are going to change the constitution, you…you…you…’ NO! Please, I have no business…but I will be around as a senior citizen in my country to make a contribution the way I will be able to…I will not be around as president come 2017,” insisted President Kagame.

In a response lasting about 15 minutes, the president added: “I don’t know how many times I would have to stress it but I would just tell people to be patient.” The Chronicles has in the recent past interviewed different top leaders of political parties to seek their views on this important subject. Internal Security Minister, Sheikh Musa Fazil Harerimana of the Idealist Democratic Party (PDI) wants the constitution amended to retain Kagame as president– defending the idea as “good for Rwanda”. Other smaller coalition partners of the ruling Rwanda Patriotic Front (RPF) have come out opposing PDI’s position. The RPF is yet to declare itself on the matter.

President Kagame finds himself at pains to explain at every platform what the world should expect after his second term ends in six years. The American editors who put across the question of the third term informed the president that during their meeting with selected students at the National University of Rwanda (NUR) on November 16, a student had pointed out that it would be a disaster if Kagame did not leave. “Let us make a judgement about 2017 when we come to 2017. If we start making judgements now, we are just being misjudged for nothing – a judgment which is not fair. It is another form of injustice,” Kagame told the US editors. “So this person who was worried about [changing the constitution] should have faith as probably the faith he has had before,” added the president.

Never wanted to be VP in 1994
When the post genocide government was constituted in July 1994, RPF agreed that Pasteur Bizimungu (pictured left) takes over the presidency. Maj Gen Kagame – then chief of the Rwandese Patriotic Army (RPA), the rebel military wing of RPF during the four year liberation war was agreed on as vice president. At the time, there was no constitutional provision for the post of vice president, but that of prime minister.

Bizimungu would serve until February 2000 with Kagame as his deputy. Now President Kagame says when the parties asked him to assume the position of vice president, he did not want to indulge in politics but instead had other plans in place. Kagame told the US editors that following the RPF victory, the party “insisted” on him being president. “But I refused…did you know that?” asked Kagame.
“I did not want to be president; they worked out some other way of accommodating me. I didn’t even want to be accommodated…in fact I told them that I wanted to leave politics and let them do what they wanted to do. I wanted to go and do my own things. I had my own plan out of politics.”

“But they insisted saying: ‘you cannot be here and abandon the struggle and so on and so forth’…I felt a sense of guilt [that] I was being seen as somebody who is abandoning everything and you know said; ‘Ok I will stay’, but I refused to be president that is how the other president was put there – President Bizimungu who served up to 2000 – for six years. I would have been president in the first place if I had accepted to be president – which everybody thought I was going to be or even falsely thought I was entitled to be. Right?!”

President Kagame said he did not fight “for so many years as a matter of passing time. No! It was a serious investment.” “I cannot and would not be associated with anything that would be interpreted to mean or to result into reversal of these investments. I also understand politics; understand what is right and what is wrong. I have some decent level of judgement; I am not perfect – nobody is, but I think I have got decent judgement on what is wrong and what is right for me, my people and my country.”

“Being in power is not something that I want so badly that I would do anything to be there,” he clarified, observing that he would not be party to any plans to “start manipulating that constitution” to suit his own interests. He said he and other officials in government have been building strong institutions of “good governance” that would “outlive all of us”.

Plans after 2017?
When asked to name specific areas his administration has put up institutions, the president said: “I do not see anything else apart from progress in all sectors – political, economic [and] social, and whatever you can think of.” The constitution stipulates that former presidents who leave office without crimes can request the Supreme Court to be senators. But in a previous media encounter, President Kagame laughed off the idea of joining the senate instead noted he would rather look after his cattle and possibly do busines
The Chronicles 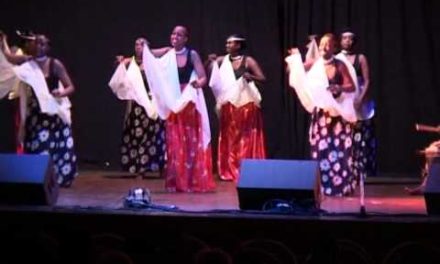