Before 2007 Daphrose Nyirabaziga, a resident of Kigali City and a mother of three, was depending solely on her husband for everything, including her clothes.

Three years later, thanks to Kigali City Council (KCC), which initiated Agaseke Promotion Project in which Nyirabaziga has learnt basket weaving, she no longer lives off her husband. Nyirabaziga weaves popular Rwandan baskets, sells them to a Japanese client and earns a small income to cater for a few of her needs. “When I started weaving baskets, everything has changed in my favour,” she explains. “I am able to buy things like clothes, mobile phone and pay for health insurance without going to my husband for money.”

Nyirabaziga is one of many Rwandan women whose life has changed because of various government and donor funded programs that have reduced poverty. Women empowerment programs such as Agaseke Promotion, one cow per poor household and crop intensification program in agriculture have contributed highly in pushing poor Rwandans out of poverty.

Approximately one million Rwandans emerged from poverty in the past five years benefiting from stable economic growth supported by better policies at hand. This has resulted in a decline in poverty rates from 56.7% in 2005/6 to 44.9 percent in 2010/11, surpassing the target of 46% end of this year.

Improved agricultural production, agri-business, farm wage employment, increased off-farm jobs, money transfers from family to friends, slowing population as well as improvements in basic infrastructure such as roads and electricity were cardinal in aiding more Rwandans to break from their poverty shackles.

These findings are enclosed in the third Integrated Household Living Conditions Survey (EICV3), released by the National Institute of Statistics of Rwanda (NISR) in Kigali on Feb.7. On the same day, NISR released the fourth Demographic and Health Survey (DHS4), which indicates that Rwanda had maintained HIV prevalence rate at three percent over the past five years.

These pieces of extensive research were presented to a high-profile gathering that included President Paul Kagame, other officials in his government, developmentpartners such as the World Bank and United Nations, heads of foreign diplomatic missions and guest speaker Paul Collier, Professor of Economics and Director of the Centre for the Study of African Economies at Oxford University in Britain.

The meeting was also intended to share and celebrate the achievements of the Economic Development and Poverty Reduction Strategy (EDPRS), which was launched in 2008 to help reduce poverty, improve growth and governance.

The EICV3, which was conducted in 2010, indicates that Rwanda has enjoyed a stable economic growth over the past five years, with the poor reaping more benefits compared to the rich, something that happened for the first time in the country.

The survey, which is conducted every five years, shows that the inequality between rich and poor Rwandans has been narrowing, with the poor mainly reaping from the recent consistent growth. According to the statistics, the ratio used to calculate the inequality gap, fell to 6.36 in 2010/11 from 7.1 in 2005/6. It is benchmarked against 10 points.

NISR Director General Yusuf Murangwa who presented the findings said that the higher the ratio, the wider the gap and the small the ratio, the narrower the gap. In the Rwandan case, the ratio narrowed down meaning that the poor were getting closer to the rich.

The report points out that since 2006, Rwanda’s economy has been expanding at an annual average growth rate of 8.2% each year supported mainly by improved agricultural production, robust growth in services sector and slow but steady growth in the industry sector. As a result, Rwanda’s total value of goods and services or Gross Domestic Product (GDP) has increased pushing up per capita income from $333 in 2006 to $540 in 2010; the target for 2020 is to reach $900.

According to the survey, Rwanda has made tangible progress in increasing the number of pupils going to school at the right age, and has increased the provision of safe drinking water, distribution of electricity and access to telecommunication, especially mobile phones. These indicators help to determine the level of welfare of an individual or a household. Overall, 45.2% (over 4 million) of the Rwandan population has a mobile phone, while 215,000 households have access to electricity.

Presenting the results of EICV3 and DHS4, Murangwa sounded even more optimistic than the politicians in the front seats. He said the country could even meet some targets of the Millennium Development Goals (MDGs) by 2015.

For instance, the country has significantly reduced the number of pregnant women that die from complications at birth to 487 in 2010 from 750 women in 2005 and 1071 in 2000 survey. This resulted from significant improvements in antenatal care, delivery assisted by skilled provider and delivery in a health facility. Murangwa said if Rwanda maintains this pace it could bring down the number of dying pregnant women to 258 by 2015, which is one of the MDGs target.

The study also shows that the number of married women using any form of modern contraceptive measures was increasing steadily since 2000, which was drastically reducing fertility rates. This is an indication that Rwanda’s rapid population growth, which is a threat to development, could finally be narrowed down. In 2005, a Rwandan woman could give birth to 6.4 children in her entire life but in 2010, the number had gone down to 4.6, indicating an increased use of family planning techniques already available in the country.

In regard to protecting the life of a child, statistics indicate progress as well; the percentage of children aged 12 to 23 months, who have received vaccination is increasing, helping to reduce the number of deaths in young infants.

However, Rwanda, like most African countries, still faces high levels of malnutrition among children. Nevertheless, ongoing campaigns such as school feeding and one glass of milk per child program and the upcoming decree on mandatory food fortification could see further improvements in this area.

Cases of children with stunted growth (lower height with higher ages), and children with weight that is not equivalent to their age is still a problem in Rwandan households, especially in poor and rural based ones, the study showed.

The report further indicates that Rwandans highly benefited from EDPRS, which is an upgrade of the Poverty Reduction Strategy Papers (PRSP) series that were implemented after the 1994 Genocide. EDPRS, which was set to end with this year, has been pushed to June 2013 following Rwanda’s alignment of the budget year to that of other member states of the East African Community (EAC), which starts with July and ends in June. The program runs on three flagship programs, which all combined, seek to address poverty challenges at both urban and rural levels.

The second program—Vision 2020 Umurenge (VUP Umurenge)—intends to make it easier for the implementation of the broader national vision in which Rwanda seeks to become a middle-income economy by 2020. This program aims at eradicating extreme poverty and vulnerability in the rural areas.

The third flagship program under EDPRS is governance. After the horrific 1994 genocide the country was completely shattered. This tragedy not only took away the country’s resources and institutional strengths but it also eroded good practices and humanity that had characterised the Rwandan society for so long, leading all sorts of evils in the land of a thousand hills.

For the new government to rebuild confidence among the wounded and traumatised population, various approaches were needed to allow the gradual healing of the survivors and the suitable punishment of the culprits. This called for strong institutional capacity to deal with all sorts of governance issues at hand.

Governance, which is a combination of all of the programs that are intended to build a better Rwanda, was placed under the EDPRS to provide solutions to most of the governance related challenges. The program aims at maintaining peace and security, improving relations with other countries, promoting national unity and reconciliation, justice, human rights and the rule of law as well as public financial management, service delivery and the fight against corruption.

Although EDPRS implementation still has over one year remaining, the assessment done by the Ministry of Finance and Economic Planning (Minecofin) indicates that since 2008 more than 85% of the targets have been met and in some cases achievements surpassed the targets. Finance and Economic Planning Minister John Rwangombwa said that consistent drive for results has been essential for the country’s achievements.

Professor Paul Collier, the author of The Billion Bottom, an award-winning book, which analyses why poor countries fail and what needs to be done to save them, also applauded Rwanda’s achievements. “These are deeply impressive results,” said Collier. “That’s what should happen everywhere in Africa and it’s happened nowhere except in Rwanda.”

Collier also warned Rwanda that the next step could be more challenging. The country, he said, should put more focus on helping the rural population, especially the youth, get out of poverty. He said urbanisation, which is one phenomenon that creates jobs to the masses especially the youth, should be at the centre stage of Rwanda’s development goals.

Aurelien Agbenoncia, the representative of the development partners who doubles as the resident representative for the United Nations Development Program (UNDP) and one UN family in Rwanda, acknowledged the discipline of the Rwandan government in implementing programs and policies that support economic growth and poverty reduction to improve the welfare of its people.

President Kagame who was the guest of honour thanked members of his government, public institutions, development partners and the private sector because of the role of each one played in supporting the government programs whose results were poverty reduction, high growth and improved welfare of Rwandans.

Kagame also kick started the roadmap towards the design of the second EDPRS, which will mainly focus on the areas that the first phase showed need more support. These areas, which were presented as challenges, include high population growth, price increases on both food and non-food items, need for increased efforts in agriculture especially in some districts to get out of poverty, creating more nonfarm jobs and boosting self employment and improving trade especially for agro products as well as the development of essential infrastructure such as roads, electricity and markets for the rural and urban areas. 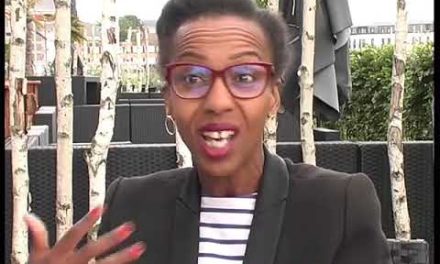 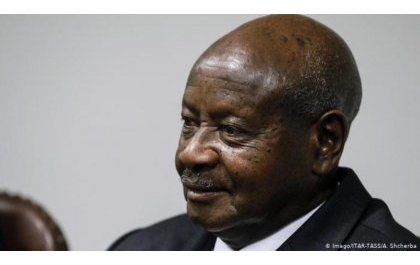