Kwibuka23: the Genocide was no accident, says Amb. Kayonga 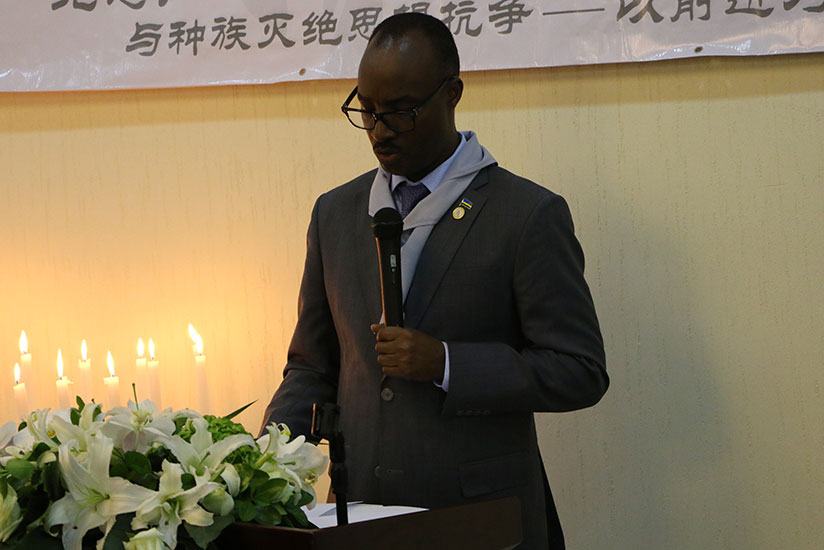 Rwanda’s ambassador to China, Lt. Gen. Charles Kayonga has warned of a deliberate revisionist ideology which he said aims to deny the Genocide against the Tutsi.

Kayonga was speaking at an event hosted by the embassy in Beijing to mark the 23rd commemoration of the Genocide against the Tutsi.

The event was attended by Rwandans living in China, officials from the Chinese Ministry of Foreign Affairs, diplomats representing their countries in China among others.

According to Kayonga, some people with malicious and evil intentions are working tirelessly to twist the events of 1994 with an aim of denying the Genocide was committed against the Tutsi.

“Those people, those forces are working to undermine the revolution, they are the enemies of Rwanda’s progress,” Kayonga said.

‘They say that there was no genocide in Rwanda. They claim that there was only a civil war and people massacred one another. They even say that actually it is the Tutsi who killed the Hutu. But we know that those who peddle these lies are actually perpetrators who are running away from the long arm of justice,” said the envoy.

Kayonga and other mourners who turned up at the commemoration event in China.

During the event that was held at embassy premises, Rwandan students living in China performed songs and recited a poem urging unity and reconciliation.

A film showing the events of 1994 was also screened.

The dean of African ambassadors to China Songhui Ahmed saluted Rwanda’s resilience saying the country had become an international reference on how to rise and grow after conflict.

‘Today, Rwanda has overcome its suffering and is contributing to international efforts such as peacekeeping operations and her troops are deployed in countries like Sudan, South Sudan and Central Africa.

“The successful transition of Rwanda from the chaos of genocide to being a responsible member of the international community give hope to other countries which today remain in situations of conflict’, Ahmed remarked.

Kayonga expressed dismay at countries that continue to give platform to deny and mislead the world about the Genocide against Tutsi in which over a million people died.

Giving history of the Genocide, Kayonga, who was among the RPF Inkotanyi forces that stopped it, said that it was a deliberate strategy designed for annihilation of a people based on prejudices.

Rwandan students pursuing their studies in China sung and recited a poem calling for reconciliation.

“In Rwanda, a politically confused political class that inherited leadership at independence misled the population into a culture of hatred and oversaw generations of killing of their Tutsi countrymen.

“The climax of these killings took place in April 1994 when from April 7th for the next one hundred days, the government forces and the party militia massacred over one million Tutsis and moderate Hutus”. Kayonga said

He commended the government of China for their continued support of Rwanda’s recovery journey.

By: Richard Ruhimbana in Beijing, China 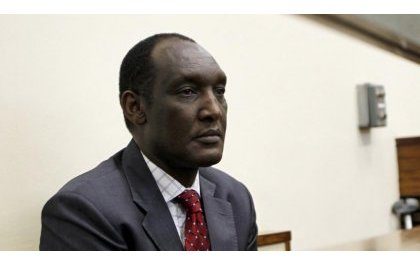 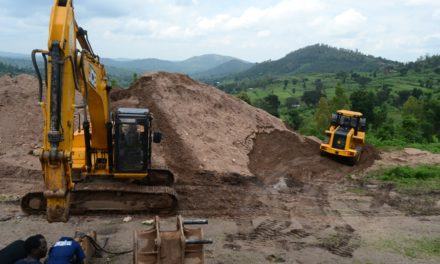