Last November, Rwanda played host to the first annual Legatum Pioneers of Prosperity African Prize (PoP), a celebration of innovation and entrepreneurship. The Independent talked to three entrepreneurs who participated in the competition: one finalist, one winner, and one promising new entrant. Two of the companies were published in the previous issues. This is the last profiled company.
[Jean Claude Rwagasoree, a technician working for Terracom checks equipment on a tower in central kigali.]

Jean Claude Rwagasoree, a technician working for Terracom checks equipment on a tower in central kigali.
Eugene Nyagahene started his career in Kinshasa, Democratic Republic of  Congo, exporting and importing automobile parts. Yet in 1991, as former Congolese President Mobutu Sese Seko began losing his grip on power, members of the Congolese army turned on foreign businessmen, and Nyagahene lost everything.

Instead of mourning his losses, Nyagahene started again in Bujumbura, Burundi. He decided to re-invest in software, rather than hardware, because he figured it was more difficult to loot. He purchased licenses for private radio and TV channels in Burundi and launched his first satellite TV broadcast, called Tele-10, in 1993.

Three months later, the president of Burundi was killed in a coup, and soon after, genocide began in Rwanda, Nyagahene’s country. In the chaos Nyagahene was, once again, out of business.

In July 1994, Nyagahene entered Rwanda and applied for a television license. In July 1996, he began broadcasting news, sports, and music in Rwanda from Tele-10. Subscription rates were low initially because most Rwandans didn’t see a need for pay TV. This is changing. “There is a new generation coming back to Rwanda and Burundi, of people who grew up in the US, in Europe, in Canada,” Nyagahene said. ”They can’t live without TV in their homes.”

The lack of reliable electricity presents a challenge to Tele-10’s expansion in Rwanda and Burundi, but Nyagahene is investigating other ways to deliver television content, including via mobile-phone streaming. He has other ideas to expand Tele-10’s business as well. “When CNN or BBC or any international news agency wants to report on Africa, they have to send a crew,” Nyagahene explained. That is often expensive, and international reporters may lack a local perspective. “We are busy setting up our own press agency to distribute TV content that we make and other people can buy online. By 2010, we will be ready to sell our content.”

Ten years ago, when Nyagahene’s broadcast-television business began to take off, he tried to expand into West Africa, but political instability forced him back to the Great Lakes region. Instead of regional diversification, Nyagahene began to diversify his investment types: an internet service provider, rental car franchises, agrobusiness, coffee, industrial bakery, national lottery, banking, and real estate.

Some of the investments were money-making ventures, while others were social responsibility initiatives. Nyagahene started the coffee-exporting firm, for example, to provide jobs to his family members that survived the 1994 Genocide.

“I lost more than 100 relatives in the Genocide,” he said. “And I was paying school fees and food for the survivors.” Nyagahene told his family he could not continue to give them money, but if they started growing coffee, he would invest in washing stations and then export the processed beans. His family agreed, and Nyagahene now sells the coffee for $3.50-$5per kilogram and passes the profits to his family. “This is a success story in Rwanda,” he said. “These guys now have money, and they’ve started growing potatoes and beans. I keep on helping them because I really want to see them have success.”

The Genocide impacts Nyagahene’s businesses in other ways as well. In post-war Rwanda, radio is monitored closely. So when Nyagahene applied for a radio-broadcast license in 1994, he did not expect to receive it. Yet ten years later, he launched the country’s first private radio station, Radio-10. Nyagahene considers the responsibility tremendous: “I do make some money out of it, but we also use it to change our mentality,” he said. “Relationships in Rwanda have changed, and everywhere you go, people are listening.” In September 2007, BBC named Radio-10 Rwanda’s best independent radio station. The Pioneers of Prosperity competition attracted Nyagahene because it emphasized improving corporate governance over handing out awards. “When the announcement came to me, I said, ‘Okay, let me see how my company can compete with 500 other companies in East Africa.’” He coached his team, opened Tele-10’s books to PoP auditors, and spent hours with their interviewers. His work paid off: Tele-10 was one of five first-runners-up and recipients of $50,000 US.

“I promised the prize money would not be for operations, but reinvested in the community to create jobs,” Nyagahene said. He plans to buy 50 digital cameras for local Rwandans, who will bring him their photos. “Initially, they will not be able to pay me with dollars, but with content,” he said. “If everything goes well, maybe they can buy a second camera one or two years later.” In several years, Nyagahene hopes to sell the photos to international broadcasters through his press agency. Nyagahene speaks frankly about the challenges of entrepreneurship in Rwanda. “When you start as a pioneer, it takes some time for people to understand what you are doing,” he said. “But I’m Rwandan, and I’m very committed to keep on investing in my country.”

He is also forthright about what he hopes will be his legacy. “I think that a businessman shouldn’t be happy just because he has succeeded,” Nyagahene said. “He should be happy encouraging new people to become successful businessmen and success stories—even if those people become competitors.” 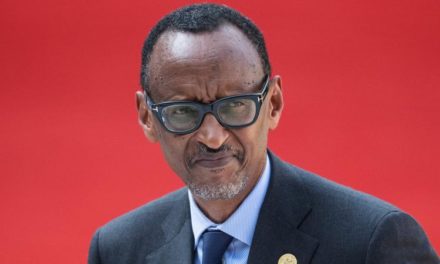 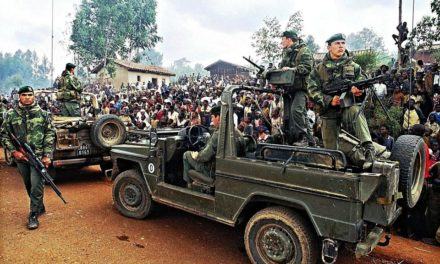