Agriculture minister Agnes Kalibata during the press conference yesterday. He is flanked by the PS, Ernest Ruzindaza. (Photo/ J. Mbanda)
BY INNOCENT NIYONSHUTI

KIGALI – At least 17,500 cows distributed under the ‘One cow per poor household’ programme, locally known as ‘Girinka’, will be repossessed by the government after it was established that they went to the wrong beneficiaries.

This was announced yesterday by the Minister of Agriculture, Dr Agnes    Kalibata, during a press conference to unveil the exercise to reclaim the cows.

Kalibata said that for the past two weeks, the ministry of Agriculture has embarked on a process of identifying the wrong beneficiaries from the bonafide recipients.

“The first phase to identify those who illegally acquired the cows indicates that over a quarter of the distributed cows went to the wrong people,” Kalibata told a press conference yesterday.

The probe was initiated after it came to light during the recent National Dialogue Conference that thousands of well-to-do families benefited from the project that was primarily aimed at helping the poor.

Some local leaders who were in charge of implementing the programme were accused of giving themselves the animals, while others gave them to well-off families under the pretext that the poor could not afford to maintain the hybrid cows.

Kalibata who sounded optimistic of meeting the deadline of 45 days to complete the process of redistributing the cows, said that MINAGRI is in partnership with other institutions like the national police and local leaders in this exercise.

“We have a big number of people deployed in teams working closely with local leaders to ensure the exercise is a success, we gave them clear instructions and we believe the activity may even take less than 45 days,” assured Kalibata.

She added that they have opened two back-up toll-free telephone lines; 177 and 178 to help local citizens reveal information on those who took advantage of Girinka programme inappropriately.

“We opened those two lines in order to easily get information from citizens and it is very productive because we are getting feedback since these defaulters are being exposed,” said Kalibata.

Confessing for the initial failure by the ministry to monitor and evaluate the programme, Kalibata urged other partners in the exercise to embrace the responsibility and develop zeal of correcting the mistakes that were committed.

“We neither monitored nor did we evaluate the programme, we only went by the lists we got from local leaders, which was not supposed to be the case. Thanks to proper checks and balances by our government, especially through institutions like the Ombudsman’s Office,” confessed Kalibata.

Despite the problems in implementing the programme, it has distributed over 70,000 cows since 2006, with a target of distributing as many as 250,000 cows to poor households. 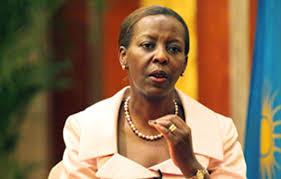