KIGALI – Environment and Lands minister, Stanislas Kamanzi, yesterday said that Rwanda has a well laid out policy on climate change that addresses issues on the agenda of the ongoing UN climate change summit in Denmark.

The two-week summit kicked off yesterday in Copenhagen with a major goal of coming up with strategies on how emissions can be reduced and mobilising resources to combat climate change.

“Our policy is that every industrialized investment in the country should come up with an environment friendly technology. So, with or without Copenhagen, we are safe with policies in place,” Kamanzi said

The minister will lead a four-person delegation of government officials to Copenhagen next Monday. They will link up with another team of Rwandan technicians who have already arrived in the Danish capital.

Kamanzi said that the summit will come up with a common position on how developed countries will contribute to a fund on climate change control in developing countries.

The fund, Kamanzi said, seeks to enable developing countries access appropriate technologies which he said are too expensive for many African countries because of the intellectual property rights that come with them.

“All this needs money and that is why a position will be negotiated at the summit,” the minister said.

The European Union (EU) leaders have previously agreed on the need to provide €100 billion a year to fund climate control efforts in developing countries.

« For the next two weeks, » he said, « Copenhagen will be Hopenhagen. By the end, we must be able to deliver back to the world what was granted us here today; hope for a better future. »

Rasmussen told delegates from 192 countries that a « strong and ambitious climate change agreement » was needed.
Studies have shown that Africa is bearing the brunt of climate change despite the continent itself being responsible for only a fraction of worldwide emissions.

Africa is expected to be hit hard by rising sea levels, drought and floods, if global warming is not checked, according studies.

Already campaigners are pointing to a long drought that is threatening millions with hunger in the Horn of Africa as evidence that climate changes is having a negative impact.

A report by the Stockholm Environment Institute (SEI) on economics of climate change in Rwanda revealed that climate change has had a significant setback on the economy, especially in the past four years.

The report indicates that in 2007 alone, it is estimated that the measurable economic costs for floods were US$ 4 to 22m, which is equivalent to around 0.1 to 0.6 of GDP for two districts alone, excluding the wider economic costs like infrastructure damage.

The report also reveals that Rwanda is “not adequately adapted to existing climate risks” despite the projected short and long term losses.

The impacts of climate change are cross-cutting and have been felt by various sectors including agriculture, health, energy and a significant effect on the existing eco-systems.

It is estimated that climate change could increase the rural population at risk from malaria by 150 percent by 2050s, and the disease burden could lead to full economic risks worth over US$50m per year.

According to the report, future economic costs of climate change are very uncertain.

Developing countries need over US$30 bn annually to deal with effects of climate change. 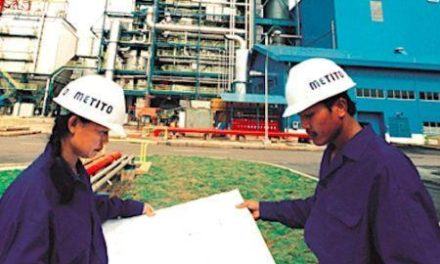