Kaberuka to be re-elected

KIGALI – Dr. Donald Kaberuka is set to be re-elected as the President of the African Development Bank (AfDB), during the Annual Board Meeting taking place, this week, in the Ivorian capital, Abidjan.

Kaberuka, who is contesting unopposed, was first elected as the 7th President of the Bank in 2005.

“The election of the Bank Group’s President, the approval of the its sixth General Capital Increase and the 12th replenishment of the African Development Fund (ADF), are on top of the events agenda,” the Bank said in a press release.

This will be in addition to the high-level seminars and symposia on critical African and global issues.

During the meeting, the Bank’s Governors are also expected to approve the creation of two new constituencies, raising the number of Board Chairs from 18 to 20.

Since his election, Dr. Kaberuka has carried out major reforms to refocus the ADF’s agenda on regional economic integration, private sector, infrastructure, governance, and a special initiative for post conflict countries and fragile states.

During their meeting in April this year, a committee of Governors representing the AfDB’s shareholders endorsed a move, tripling the Bank’s capital resources to nearly $100 billion, signaling strong confidence in the bank’s management.

In 2009, the Bank’s project and programme approvals, more than doubled to $12 billion compared to $5.4 billion in 2008.
Prior to his election as the Bank’s president, Kaberuka served as Rwanda’s Finance and Economic Planning Minister.

The meetings will be attended by heads of state and government, finance ministers, senior government officials, business leaders, representatives of international organizations and the civil society.

The thematic seminars will include the launch of “Making Finance Work for Africa” Website, dissemination of the African Economic Outlook 2010, an African Financial Markets Initiative Workshop on “Strategic management of international reserves for domestic bond market development in Africa” and the “Role of Independent Oversight in Promoting the Development Effectiveness of the Bank Group.” 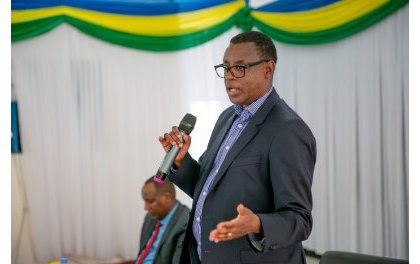