Over the weekend two grenades were thrown in Nyabugogo and the City Centre, killing one and injuring 32 people injured.

According to the Permanent Secretary in the Ministry of Health, Dr. Agnes Binagwaho, the President talked to each patient during his visit.

“He asked whether there was anything more that could be done to support them during this time of pain.”

Binagwaho, also referred to the attacks as pure sabotage by people whose intentions are to kill and injure innocent people.

“Officials, therefore, emphasize that the main call is to be vigilant and the public must report any suspicious people,” Binagwaho said.

The Director of CHUK, Dr. Théobald Hategekimana, explained that all the patients are recovering.

“Right now we have 10 patients from the grenade incidents. We believe that about five of them will be discharged in the next four days while others will stay for further medical attention. We received about 30 but transferred some cases to Kibagabaga hospital,” Hategekimana explained.

“Reports we have, indicate that, so far, 11 have been discharged from Kibagabaga and the two cases which we also referred to King Faisal Hospital with head injuries are also improving.”

Hategekimana pointed out that most of the patients need financial support since they were the ones fending for their families.

“They could stay here for a long period as a result of these injuries. The President’s visit is, however, a good gesture that shows these victims that they are not alone,” he noted.

One of the patients, Gaspard Rwagatare, noted that it was very supportive, that the President found time from his busy schedule, to visit them.

“We feel really loved and cared for,” Rwagatare said.
Jeannine Mukarurangwa, another patient who was carrying her baby when the Grenade went off, said that at the time of arrival at the hospital, the pain was unbearable but added that their condition has improved.

Forrest Calland, a US medical expert at the hospital, noted that most victims had abdominal wounds and vascular injuries.

He said that some underwent surgeries but emphasized that everyone would fully recover. 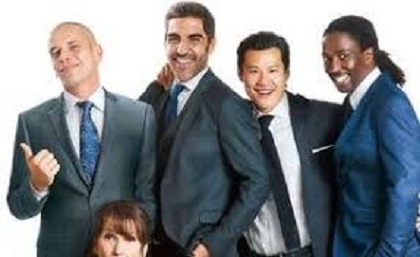