KIGALI – KIBUYE Power Limited (KPL) a company that exploits Methane gas in Lake Kivu to produce energy has been awarded a Gold Trophy at the International Quality Summit award ceremony that took place in New York.
This was revealed by the Minister of Infrastructure, Vincent Karega, at his offices.

The Minister said that this is an encouraging milestone in the country’s journey to total socio-economic transformation.

“We are very proud that our initial Methane Gas project in Lake Kivu has won an International Gold award and this is a sign that the project is now globally recognized,” he said.
According to Karega, KPL was nominated out of many International projects across the globe.

“The Kibuye power project is a new potential for energy and will help the government to surpass the current demand for electricity, and if well exploited, it can make Rwanda one of the few African countries that are 100 percent covered as far as energy is concerned,” he said adding that it will also enable Rwanda to be an industrial nation hence resulting into rapid economic growth in the region.

He said that the trophy was awarded to KPL because of its commitment and efforts towards innovation, leadership, technology and being a role model for other energy companies in the world.

KPL General Manager, Eng. Alexis Kabuto received the award on behalf of the Rwandan government.
“We are now in the exploitation phase where we are supplying power on the national grid at an average of 35MW per day,” he said.

He also revealed that the company together with the government is in the process of looking for private partners to share and exploit another concession of 30MW. 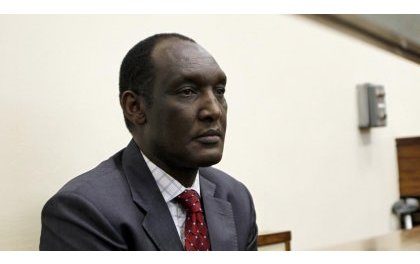