Rwanda takes a strict line on genocide denial. The US should support that.

To help Rwanda protect its postgenocide democracy from renewed ethnic divisions, Washington must be more alert to ideology at work there.

Arrogance, ignorance, and indifference to African victims of genocide have long been hallmarks of Western treatment of Rwanda. The US government should take care not to perpetuate this unfortunate tradition in the run-up to Rwanda’s presidential election in August and fan ethnic tensions in Rwanda.

US Secretary of State Hillary Rodham Clinton admonished the Rwandan government on June 14 for its legal prosecution of “opposition figures” and “lawyers,” which she called political actions that should be reversed. Whoever drafted and vetted the secretary’s comments did her, and Rwanda, a disservice.

The “opposition figure” in question is Victoire Ingabire, a Rwandan émigrée who returned to Rwanda from Europe in January to run for president. She had been living outside Rwanda since the 1994 genocide. Upon her return this year, she was soon charged with genocide denial, stirring up ethnic hatred, and collaborating with a rebel force based in eastern Congo – the Democratic Forces for the Liberation of Rwanda (FDLR), which is led by the remnants of the military officers and politicians who planned and perpetrated the 1994 genocide against the Tutsis in Rwanda.

The “lawyer” Secretary Clinton referred to is Peter Erlinder, an American who is a defense attorney for accused genocide perpetrators at the International Criminal Tribunal for Rwanda, and a public spokesman for their cause. He portrays himself as a seeker of truth and justice, but is widely viewed within Rwanda as a conspiracy theorist and genocide denier. Mr. Erlinder came to Rwanda in late May to advise Ms. Ingabire. He was arrested, charged with genocide denial and endangering Rwandan security, then released on bail on June 17, on grounds of compassion for his physical and mental health problems. Though he has since returned to the US, Rwanda still aims to try him.

To Americans who follow what passes for news about this far-away African country (there is a lot going on right now, often troubling, but with no Western journalists based here, there is a dearth of in-depth reporting), Clinton’s remarks might seem like sound advice. But her intervention was harmful to Rwanda’s efforts to protect its post-genocide democracy from renewed ethnic divisions. The stakes are too high for an ad hoc approach.

In the case of Erlinder, the US has a duty to ensure that any American arrested overseas gets fair treatment. But to characterize his prosecution as “political” and to urge he be released on compassionate grounds, as the State Department did, goes well beyond this duty. It supposes that genocide denial is a victimless crime, and not legitimate grounds for legal action. Europe doesn’t see it that way. Nor of course does Rwanda, with its 300,000 still-traumatized genocide survivors. Why should we?

As for Ingabire, it is astonishing that the US would appear to go to bat for her. Ingabire claims to want reconciliation and democracy for Rwanda. Human Rights Watch (HRW) has campaigned for her to be allowed to compete in Rwanda’s election. But, surprisingly, HRW has not told its readers (including, no doubt, folks at the State Department) a word about the ideology and background of Ingabire’s party or the nature of her campaign. This can be remedied.

Ingabire is president of two Rwandan émigré parties based in Europe. One is the RDR, the other the FDU; they are essentially the same, save for the alphabet-soup acronym intrigue of émigré politics. Both are the descendents of the RDR party established in 1995 in eastern Congo by Rwandan military leaders of the 1994 genocide against the minority Rwandan Tutsi. Their intent was to replace, with less compromised faces, the Rwandan interim government that had committed the genocide and then retreated to eastern Congo.

The founding RDR ideology and strategy, never repudiated since 1995, is to return the genocide perpetrators and their supporters to power in Rwanda by force or by negotiation. Ingabire’s predecessor as RDR president in Europe, Charles Ndereyehe, is the subject of an Interpol warrant for genocide crimes committed against Tutsis in 1994. Ingabire’s RDR and FDU have long had ties with the FDLR in eastern Congo. The United States and the United Nations treat the FDLR as a terrorist group; two of its Europe-based leaders are under arrest in Germany.

Ingabire’s personal links to the FDLR are cited in a 2009 UN Experts’ Report about the FDLR. Her public statements in Europe since 2000 are a rich trove of genocide ideology and denial. And Ingabire’s campaign in Rwanda prior to her arraignment was clearly aimed at mobilizing ethnic divisions between Hutus and Tutsis.

Her first stop once back in the country was to visit Rwanda’s main memorial to the 1994 genocide against the Tutsis, where she raised the issue of remembrance of Hutu victims. This is like going to Auschwitz to raise the issue of the German victims of Dresden. Ingabire also chose to meditate at the tomb of the first president of the Rwandan regime, which took over on independence from Belgium in 1962. This regime institutionalized racism against Tutsis and organized an initial mass killing of some 15,000 of them in 1963-64. Next, she visited with convicted perpetrators of the 1994 genocide in hospitals in two Rwandan towns, repeated her often-stated condemnation of the special genocide courts that convicted them, and promised to abolish these courts if elected. (Thanks to these 15,000 courts, set up in 2001 and already projected to end their work this summer, there are over 500,000 genocide perpetrators in Rwanda who have confessed or been convicted. Many are now at large again after having served their sentences.)

To my knowledge, the US never admonished Germany for banning the Nazi-like “Socialist Reich Party” in 1952, or for prosecuting Holocaust deniers, or for banning the two dozen right-wing hate groups it has shut down over the past 18 years. We should treat Rwanda with the same understanding and respect.

Ingabire will be brought to trial soon. She is, of course, innocent of the charges against her until proven guilty. The US government will be able to assess the Rwandan government’s case against her, its conduct of the trial, her defense, and the court’s ruling.

In the meantime, the State Department should certainly reconsider whether it really wants to make comments that appear to press Rwanda to welcome into its political life an émigré party that is heir to the genocidal regime of 1994.

Richard Johnson is a retired American diplomat living in Kigali. 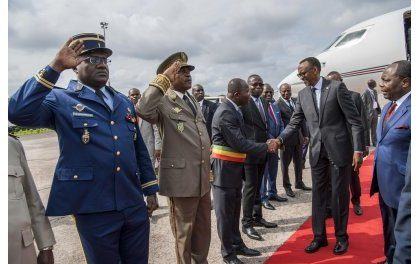 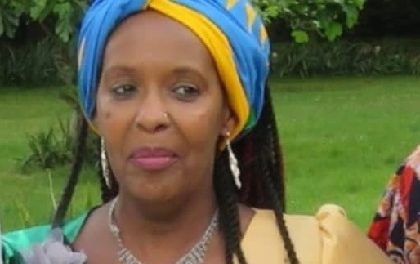