KICUKIRO – The 100-Days of commemorating the 1994 Genocide against that Tutsi, this year, at the country level officially ended, yesterday.

The event, that was held at the Nyanza Memorial Site in Kicukiro District, which houses over 10, 000 Genocide victims, was presided over by Protais Mitali, the Minister of Youth.

It was marked by putting out the Flame of Hope, at Nyanza and Gisozi Memorial Centre, the light which lasts 100 days in memory of the period in which over one million people were killed during the Genocide.

Mitali called upon Rwandans to make the commemoration of the genocide a norm.

“Ending commemoration doesn’t mean that we have stopped remembering. We have ended this chapter like we ended a week of Genocide commemoration but mourning our loved ones continues,” Mitali said.

He added: “Remembering is our responsibility as true and accountable Rwandans who are committed to fighting Genocide and its ideology.”

Mitali noted that the rehabilitation of memorial sites, supporting the survivors and according decent burial to the Genocide remains are the main activities that were done with in the 100 days and added that such a day should also indicate what has been achieved and the challenges that remain.

The Minister appealed to all those with knowledge of the whereabouts of those who were killed to provide the information so that they get decent burial.

He said that Genocide was implemented by the youth and urged them to take an upper hand to reverse the situation.

He commended countries like Uganda and Tanzania for according a decent burial to Rwandan Genocide bodies in their respective countries, bodies that were mainly thrown in Nyabarongo and Akagera rivers, ending up in Lake Victoria.

He called for a report on how people defended themselves from the genocidaires in different parts of the country.

Currently, those who were at Bisesero in the Western Province are the only ones officially known to have resisted though most of them were killed.

Kigali City Mayor, Aisa Kirabo Kacyira, called upon Rwandans to support all those who were left handicapped during the struggle that ended Genocide.

“These people are not disabled but they are persons with disabilities who deserve every one’s hand,” Kirabo noted.
She appealed to everyone to be close to the survivors and help them where they can.

The event was also attended by heads of Diplomatic Missions in the country, Members of Parliament and Army and Police senior officers among others. 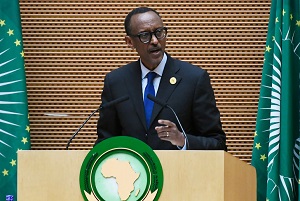 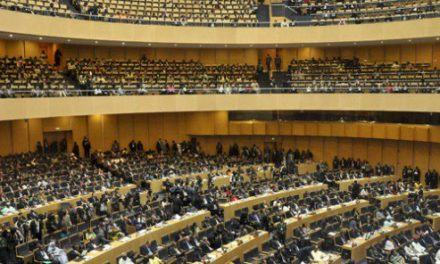