USA – Following Monday’s launch of the MDG Summit, President Paul Kagame, co-chair of the MDG Advocacy Group, and UN Secretary General, Ban Ki-moon, yesterday participated in the second meeting of the group that comprises eminent personalities selected to support the UNSG to build political will to accelerate progress on MDGs. The Advocacy Group met to discuss and adopt a Program of Activities for the coming years.

Addressing the advocates, celebrity champions including Craig David and Edward Norton, as well as the media at the opening session, Kagame said the MDGs represent a noble cause which advocates believe can be achieved by 2015. He added that Africa’s experience over the last ten years of implementing the MDGs has shown us that it is possible to achieve the goals in the next five years.

President Kagame spoke about Rwanda’s particular challenges and efforts at reaching set targets despite starting from a much disadvantaged base – through sheer determination, hard work and ownership of MDGs by local leadership.

“Rwanda too has made progress. We have seen a significant decline in extreme hunger and poverty; made improvements in healthcare that have reduced maternal and child mortality, with a 50% decline in under-5 deaths over the last eight years. Despite our modest resources, we have allocated more than 25% of our annual national budget to education, helping us to realize 98% enrollment target for primary education, well ahead of 2015.”

President Kagame called for a revisiting of the universal, progressive values that have guided many nations to prosperity saying that these should serve as a basis to guide the actions of the MDGs Advocacy Group. Pointing to a recent Heads of State forum on MDG that took place in Kigali in early September, President Kagame said that African leaders had agreed that:

“…the MDG agenda requires strong leadership and government ownership; the appreciation of Africa’s greatest asset, its people; and the mobilization of resources and new global partnerships to build catalytic physical and human infrastructure.”

President Kagame said that many around the world owe much to the MDGs, are watching with anticipation the actions the advocates are taking, and urged the Advocacy Group to fulfill these expectations.

On appointing the Group in June Mr. Ban Ki-moon called them “a real collection of superheroes in defeating poverty.” Addressing the meeting today, the Secretary General said:

“When it comes to raising public awareness and mobilizing political will, we need eloquent voices, inspiring leadership and creative minds. That is why I have called upon you. Your outstanding accomplishments made you obvious choices. You are especially well-placed to hold leaders accountable for sticking to their commitments.”

The newly elected President of the 65th Session of the General Assembly, Joseph Deiss, in his address said that the goals were achievable if governments, civil society, and the private sector could commit to them.

The Programme of Activities was scheduled to be presented at the closing event of the MDG Summit, held last evening 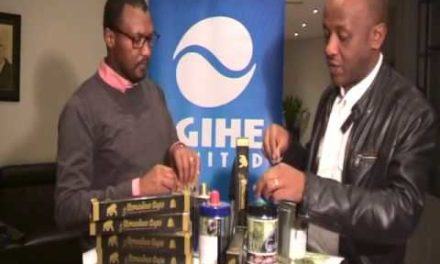