The ruler of Dubai, Sheikh Mohammed bin Rashid al-Maktoum hugging Abdallah Cyusa after he emerged the youngest winner of the Quran contest in UAE (Courtesy Photo).

A 9-year old Rwandan Muslim boy, Abdallah Cyusa, was among the World’s top 40 competitors, and the only child, during this year’s Ramadan Quran recitation contest, held in Dubai.

Cyusa returned home yesterday in the company of his cheerful father, Kasim Rwabakika, a devout Muslim, who had escorted him to Dubai in the United Arab Emirates (UAE) for the month-long stay during the contest.

Upon arrival at Kigali International Airport, Cyusa briefly and confidently recited some verses of the Quran mesmerizing many including journalists, family, friends and others who had come to welcome him.

“I really don’t know how to say how happy I feel, but I am so happy. It is my dad who taught me how to read the Quran,” the youngster told The New Times later.
The bright and jolly boy arrived home partly draped in the national flag colours, According to the Mufti of Rwanda, Sheikh Saleh Habimana, Cyusa was the only contestant who was hugged and kissed on the fore head by the ruler of Dubai, Sheikh Mohammed bin Rashid al-Maktoum, an exceptional show of honor and admiration by the King.

“On this occasion the king kissed the forehead of the boy, a sign of extreme admiration,” said the happy Mufti, adding that Arab kings are greeted by their shoulders and hands being kissed, unlike the case of Abdallah where the king did the kissing.

“But most importantly, the child demonstrated that he belongs to Rwanda. While other Rwandans dressed in normal Muslim attire, this young child put on a Rwandan flag. To me, this is of great value. The king was impressed.”

“To me, as a Mufti, this child is another trophy to the President of this country. My message to all Rwandans and the Muslim community is – we can do it,” Sheikh Habimana said.

He revealed that Sheikh al-Maktoum had promised to fully take care of the boy. The king requested that the boy return to Dubai with his family after celebrating the upcoming Eid el Fitr Muslim holiday that marks the end of Ramadan.

The Ramadan Qur’an reading contest is an annual event that encourages memorization and understanding of the Holy Quran. 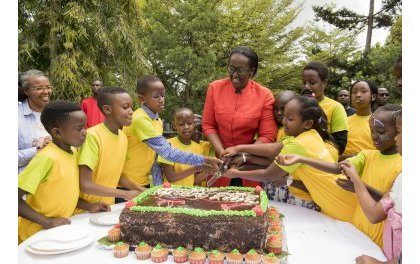 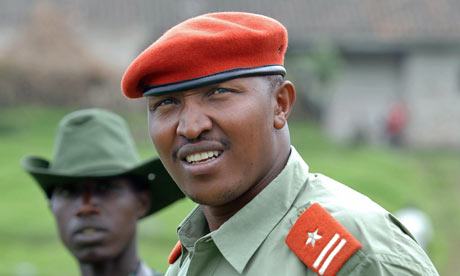