Speaking to the press shortly after touring Kicukiro Health Centre in Kicukiro District, Blair said that a facility like the one he had just visited shows the country’s determination to rebuild itself and develop while improving the lives of the people.

“A facility like this is a fantastic thing for the country, for the future. We obviously want to make sure we expand this type of provision throughout the whole country. I would like to congratulate the minister and the government for this great effort,” Blair said.

Blair who is in the country to support the ongoing partnership between his Africa Governance Initiative (AGI) and the government, said that his group is committed to help the government build the capacity of those who run such facilities.

“Rwanda’s healthcare has come a long way in the past few years. It’s on target with the Millennium Development Goals. The vision for the country is not just to do well but to become a middle-income country and the leadership of the country has got the capability to see that happen,” he said.

Blair, who on Sunday evening held discussions with President Paul Kagame on various initiatives that AGI is supporting in Rwanda, toured the health centre’s lab before getting a briefing from hospital staff on prenatal services offered by the centre.

Blair, in the company of Health Minister Dr. Richard Sezibera, took time off to chat with patients, particularly mothers who had come to the health centre.
Sezibera introduced the high profile visitor amidst applause from the patients.

He said Blair had visited the health centre to see first-hand the progress registered in the health sector, particularly in dealing with child and maternal mortality.

“He wanted to see for himself, where we are fighting diseases that affect mothers and children. He has commended the work done so far and he also thanked the medical staff in the hospital and the Catholic Church that established this centre,”

Blair also held talks with the Minister of Foreign Affairs and met with senior RDB officials. This is the sixth visit by Tony Blair and the first since President Kagame was re-elected last August. AGI has worked in Rwanda since 2008, supporting the government as part of a long-term partnership to improve the effectiveness of public administration. 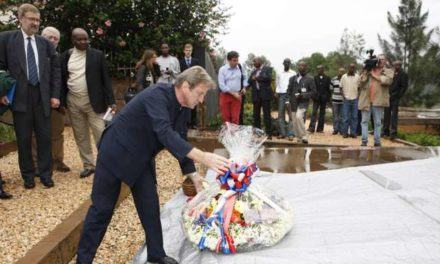