NYAGATARE – The chairman of the National Electoral Commission (NEC), Prof. Chrysologue Karangwa, has called on Rwandan lecturers submit their candidatures for senatorial seats.

Prof. Karangwa made the call while briefing Umutara Polytechnic University lecturers and staff on the upcoming senatorial elections slated for the last week of September.

He said that preparations for the elections are in high gear and any Rwandan lecturer can vie for the senatorial seat allocated to public universities and institutions of higher learning.

According to the national constitution, 26 senators will elected. 14 of them representing the 4 provinces and the city of Kigali and 2 representing public and private Universities.

Eight other senators will be appointed by the President while 4 will be elected by the forum for political parties.

“I call upon qualified candidates to campaign for senatorial seats. But take note that anyone interested in campaigning for a seat should be at the level of an associate professor or above,” Prof. Karangwa said.

He went on to challenge female lecturers to take the lead in campaigning for senatorial seats as a sign of developing democracy.

“We need women to be part of the contestants. Join the race and compete with men,” he said.

The acting University rector, Dr. Eugene Ndabaga, thanked the NEC chairman and promised that a list of qualified candidates will soon be submitted before campaigns kick off. 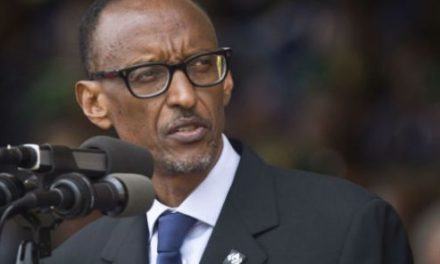