Serena Kigali Hotel and Dubai World Nyungwe Forest Lodge, are the only facilities rated as Five Star hospitality establishments in the country.

Their status was announced at the first-ever Hotel Star Awarding Ceremony conducted by Rwanda Development Board (RDB).

The grading, which cost in the region of Rwf 120 million, was based on East African standard certifications, in a move designed to help raise the quality of hotel services to meet customer expectations.

“These star ratings will certainly have positive effects and act as an encouragement for hospitality establishments to improve. In addition, the consumer will have an easy reference to what their preferred accommodation would be,” John Gara, the CEO of RDB. told stakeholders in the industry during a ceremony in Kigali on Wednesday.

Top Tower and seven other hotels were recognized as Three Star, sixteen as Two Stars whereas only Gorilla Hotel in Musanze District fell in the One Star category.

Umubano Hotel was not classified.

The General Manager of Dubai World Nyungwe Forest Lodge, Deo Kamurase, said that being recognized as Five Star reassures tourists that the Nyamasheke-based lodge invests a lot in quality and standard services.

“It is a great achievement for us which indicates that our work is appreciated. However, earning a Five Star rating doesn’t mean that we have reached the top. There are still very many areas we must improve in the coming year,” Kamurase said in an interview.

Saeed Alam, the CEO of The Manor Hotel, said that the ranking epitomizes Rwanda’s long journey in recreating a competitive hotel industry that is recognized in East Africa.

“Most of the hotel infrastructure you see now is not more than 15 years old; this indicates the speed at which the Rwandan government decided to pace by fostering private businesses to grow,” Alam said.

“The Manor got a Four Star rating, which is encouraging. We, however, have reached about only 40 percent of our target and still have a long way to reach our ultimate goal…we are glad that we are moving in the right direction.”

It was, however, stressed that most hoteliers and investors shun important meetings when called upon to make strategic discussions that affect the sector.

“Often times when we have a pressing issue we need to discuss, we organize meetings, but hotel owners don’t show up, they instead delegate managers and other staff who, sometimes, do not have the power to decide on the issues,” Dennis Karera, the Chairman of Rwanda Hotel and Restaurant Association, said in an interview.

“All we ask is of them to show up, particularly for crucial meetings so that when we implement a policy, everyone’s intake is catered for,” added Karera, the proprietor of Park View Apartments in Nyarutarama.

The classification exercise was conducted by a team of experts from Rwanda and other East African countries.

Rwanda is only second to Tanzania in the East African Community (EAC) region to have her facilities rated. 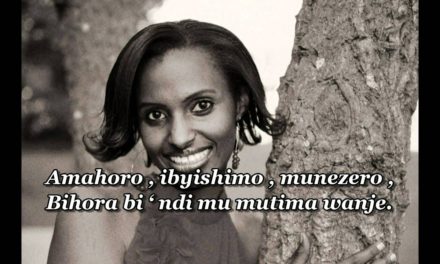 AMAHORO by Gaby with Lyrics 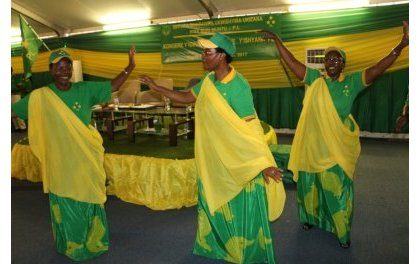